Back when rumors were swirling that “Avatar” cost $500 million to make (it didn’t – not quite), not even the rosiest optimist could’ve said with a straight face that James Cameron’s 3D epic would gross four times that at the box global office.

Well, it just did. 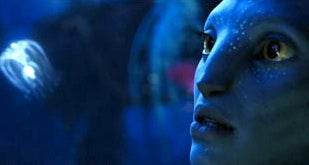 In its seventh week, “Avatar” was No. 1 at the international box office once again, taking $95.1 million drawn from 11,327 screens in 120 markets. Combined with its uninterrupted domestic run at the top, that makes “Avatar” the world’s first $2 billion movie, $1.45 billion of which was collected somewhere other than North America.

It’s a testament to the offshore appeal of Pandora’s blue crew: The film set international and global box office records in January, but won’t likely cross the domestic record – still held by “Titanic” – until sometime in the coming days.

There are signs that “Avatar” is beginning to wind down its stunning overseas run, if you consider its first less-than-a-$100-million weekend to be a slowdown. More telling is the fact that the $95.1 million weekend haul was just a 12 percent drop from the last week.

The film’s top market of the moment is Italy, but that’s a product of timing, since “Avatar” is only in its third week there. The weekend generated $10.9 million from 906 Italian screens. Even in China, where government officials took “Avatar” down from 2D screens, the film hauled in another $9.7 million from 1,413 3D screens.

“Sherlock Holmes” continued to hold fast in second position, where it’s been since the Robert Downey Jr. film debuted the week after “Avatar’s” bow. But it’s a steep drop – “Holmes,” with one week less at overseas theaters, also crossed a milestone over the weekend, minus a decimal place: it’s now at $200 million overseas.

Third was “Alvin and the Chipmunks: The Squeakquel” which made $10.8 million in its sixth week.

“Up in the Air” was fourth, thanks in part to its opening in 11 territories. The George Clooney dramedy took in $10.5 million, for an overseas total of $35 million.

And in fifth position was Disney Animation’s “The Princess and the Frog,” mostly due to its opening in France, where it took $7.4 million of its $9.6 million overseas haul.