Netflix’s “Avatar: The Last Airbender” series is described as “an authentic adaptation of the award-winning and beloved Nickelodeon animated series” that is “reimagined as a live-action adventure.”

Elizabeth Yu (“All My Love”) will play Azula (pictured above), the intensely driven princess of the Fire Nation. Azula is described as a firebending prodigy and relentless perfectionist, who’ll stop at nothing to secure her position as the heir to the throne. 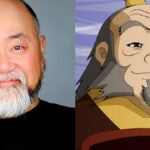 Newcomer Maria Zhang will play Suki, the intimidating leader of the Kyoshi Warriors, an elite female fighting force dedicated to protecting their community and upholding the ideals of their namesake, Avatar Kyoshi.

“The Good Doctor” and “Cobra Kai” actress Tamlyn Tomita will play Yukari, Suki’s mother and the fiercely protective mayor of her small village on Kyoshi Island.

Yvonne Chapman (“Kung Fu”) will play Avatar Kyoshi, a legendary warrior revered for her bravery, fearsome fighting skills, and uncompromising dedication to the cause of justice.

And Casey Camp-Horinek (“Barking Water,” “Reservation Dogs”) will play Gran Gran, Katara and Sokka’s grandmother and the compassionate and wise matriarch of the Southern Water Tribe. 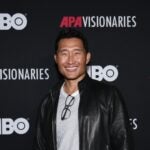 Netflix’s “Avatar: The Last Airbender” is currently under production in Vancouver, where it’s being filmed at “a new, custom-built facility using some of the same cutting-edge technology that was used for Netflix’s ‘The Midnight Sky’ as well as ‘1899,’ and Disney’s ‘The Mandalorian.’”

Albert Kim (“Sleepy Hollow,” “Nikita”) serves as showrunner, executive producer and writer — a role he took on in August of this year following the 2020 exit of the original animated series’ creators, Michael Dante DiMartino and Bryan Konietzko, from the Netflix adaptation.

See the new “Avatar: The Last Airbender” cast members below, courtesy of Netflix.