Axios and Politico, two of the biggest political news sites in Washington D.C., were close to merging this summer under the umbrella of German media giant Axel Springer. But the company’s “sneaky” dealings led Axios to pull out, according to a new New York Times report.

On Sunday, New York Times’ media writer Ben Smith published a report looking into sexual harassment charges leveled against Bild, a center-right German tabloid owned by Axel Springer. In recent years, Springer has invested in and acquired various multiple American sites including Insider, Thrillist Media Group, the struggling Ozy Media, and as of this past August, Politico, which it purchased for $1 billion. Smith’s report includes an account of how Springer CEO Mathias Döpfner conduced secret talks with the heads of both Axios and Politico earlier this year.

Smith reports that in late July, as the Politico acquisition deal was being closed, Döpfner spoke with Axios CEO and co-founder Jim VandeHei about potentially merging the sites with VandeHei retaining his status as CEO of the merged publication. But there was a problem: VandeHei was also the co-founder and former executive editor of Politico, leaving the site on poor terms. 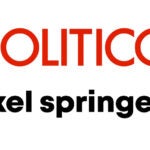 Also Read:
Politico to Be Acquired by Axel Springer in $1 Billion-Plus Deal

Knowing that Politico’s leadership would object to making VandeHei CEO of a potential Axios-Politico operation, according to the Times, Döpfner had a plan: keep the intention to name VandeHei as CEO secret until it was too late for Politico to withdraw from the acquisition. Smith reported that the plan soured VandeHei on a potential Springer acquisition, reportedly telling his board that Döpfner was “sneaky” and that his plan was “not how we do business around here.”

Döpfner denied VandeHei’s account of the story to the Times, saying that his company was “truthful and straightforward about our plans and intentions.”

Smith’s report also outlines allegations into the work culture at Springer’s Bild, specifically surrounding editor-in-chief Julian Reichelt. The top editor was accused of sexual harassment by junior female employees who said that Reichelt promoted female employees with whom he had intimate relationships.

After an internal investigation during which Reichelt took a 12-day leave of absence, Springer decided that the editor’s actions did not warrant a dismissal and reinstated Reichelt to his position.

“Contrary to rumors reported in several media titles, there were no accusations of sexual harassment, and the investigations did not discover any evidence whatsoever of sexual harassment or coercion,” read a statement from Springer following the investigation, adding that the “mistakes” committed by Reichelt did not outweight “the enormous strategic and structural changes as well as the journalistic achievements that have taken place” under his leadership.