Rapper Azealia Banks responded to a Juneteenth hot take from Candace Owens with an elaborate slavery fantasy and a warning: “Tread lightly sis.”

Banks’ comments on Friday came in response to Owens’ proclamation that “Juneteenth is soooo lame.” Earlier in the week, the conservative commentator decried President Joe Biden’s move to declare the June 19 a federal holiday as “segregation,” saying she would be celebrating “July 4th and July 4th only.”

“According to this logic, on July 4, 1776, you would still be enslaved,” Banks wrote in a now-deleted Instagram post. “Most likely on the verge of starvation due to all of America’s food supply having been prioritized for the war, while you hand sew American flags and struggle to wet nurse some depressed 24-year-old white widow’s sickly child until your nipples are chapped and dry.” 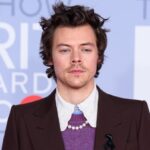 The lengthy post went on to describe Owens being whipped and forced to sleep “on a bed bug infested pile of hay in a 6×4 cabin you share with 4 other slaves.” She followed that up with a reply in the comments extending the fantasy to include Owens’ lynching.

Azealia Banks has a history of incendiary social media posts, most recently having her Twitter account suspended for a series of transphobic tweets. She also previously came under fire for racist and homophobic tweets about former One Direction member Zayn Malik.

Banks also addressed Owens in a series of Instagram Stories, calling on Owens to “let people have their day.”