Twitter has suspended the Babylon Bee’s account after the parody site posted an article awarding Rachel Levine, the Biden-appointed transgender health secretary, its “man of the year.”

Twitter locked the Bee’s account, which has more than 1.3 million followers, because the tweet promoting the article about Levine violates Twitter’s policy about violence against or harassment or threatening of other people on the basis of race, ethnicity, national origin, sexual orientation, gender, gender identity, religious affiliation, age disability or serious disease.

Babylon Bee CEO Seth Dillon followed up his initial post of Twitter’s notification with commentary on other action through more tweets.

“They could, of course, delete the tweet themselves. But they won’t. It’s not enough for them to just wipe it out,” he continued. “They want us to bend the knee and admit that we engaged in hateful conduct.”

USA Today recently named Levine, who’s full title is U.S. Assistant Secretary for Health for the U.S. Department of Health and Human Services, as one of its “women of the year.”

The Bee’s story, which is still accessible through Twitter, parodies the USA Today nomination.

“Levine is the U.S. assistant secretary for health for the U.S. Department of Health and Human Services, where he serves proudly as the first man in that position to dress like a western cultural stereotype of a woman,” the article reads. “He is also an admiral in the U.S. Public Health Service Commissioned Corps. What a boss!

“Rachel’s original name is Richard Levine, but he changed it to Rachel for some strange reason a few years ago. Who cares? Who says a dude as accomplished as this can’t be named ‘Rachel?’ This king doesn’t care what people think about him!” the article continues. “He often wears a dress, which some people think is weird—but he doesn’t care one bit. Come on! Men in India wear dress-type garments, don’t they?” 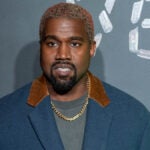 About the gender distinction, Dillon further tweeted “It’s the word “man” that’s problematic, not “male.” They allow transgenders like Rachel Levine to be described as physically male. But they won’t allow you to conclude that a person’s maleness makes them a man.”

The article ends with an update that acknowledges Levine identifies as a woman.

“UPDATE: Since announcing this award, we’ve been told that Levine actually identifies as a woman,” the Bee adds. “We have still chosen to give the award as his self-identification has no bearing on the truth. Congratulations, Rachel Levine!”