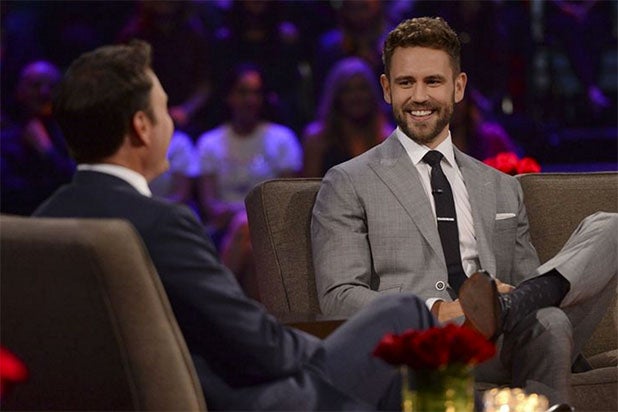 Is the future looking thorny for “The Bachelor”?

Franchise creator Mike Fleiss has whipped up fans into a bit of a frenzy in recent days with a series of cryptic tweets that have some viewers worried that the fate of the popular dating franchise could be in jeopardy.

“Stand by for shocking news regarding #thebachelor …” he wrote on Wednesday — and then 30 minutes later, he followed with, “Tv trivia… Has a broadcast network ever canceled its No. 1 show???”

Could this “shocking news” in fact have something to do with ABC potentially sending “The Bachelor” packing?

To be clear, both “The Bachelor” and “The Bachelorette” have already been renewed for an additional season, and new spinoff “The Bachelor Winter Games” is set to arrive next year. It’s also hard to say whether Fleiss was even referring to his programs, given that the ratings for the “Bachelor” shows are below such ABC series as “Grey’s Anatomy,” although “The Bachelorette” and “Bachelor in Paradise” are the network’s two top-rated shows of the summer.

Certainly, the franchise has endured a bumpy summer, with “Bachelor in Paradise” production getting shut down briefly following allegations of sexual misconduct.

Additionally, Fleiss’ tweets were written on the same day TheWrap reported that ABC is planning to trim 10 percent of its budget.

Also causing concern for fans is the fact that “Good Morning America” tweeted this week that the next Bachelor would be revealed Sept. 1 on the morning show. But the tweet has since been deleted, and no such announcement was made.

Fleiss said on Thursday that he was “waiting for final approval” to make an “unbelievably shocking announcement today regarding #thebachelor.” On Friday, after a fan tweeted that Fleiss may have had something to do with the “GMA” announcement’s delay, Fleiss replied, “Wasn’t me.”

ABC declined to comment for this story. A few of Fleiss’ tweets are below, as are some reactions from fans.

Stand by for shocking news regarding #thebachelor …

Tv trivia… Has a broadcast network ever canceled its No. 1 show???

Please say these have no correlation…. pic.twitter.com/I29QaADDxx

THAT IS NOT A FUNNY JOKE. IT BETTER BE A JOKE.

you're scaring me man

Really Mike? We all know ABC isn't going to cancel The Bachelor. You would lose Bachelor Nation. There is no way. ????

“Bachelor in Paradise” airs Mondays and Tuesdays at 8/7c on ABC.