“Back to the Future” day has finally arrived.

Fans all over the world are celebrating the film today, and TheWrap has compiled a list of some of the coolest ways you can get in on the fun without actually traveling back in time. 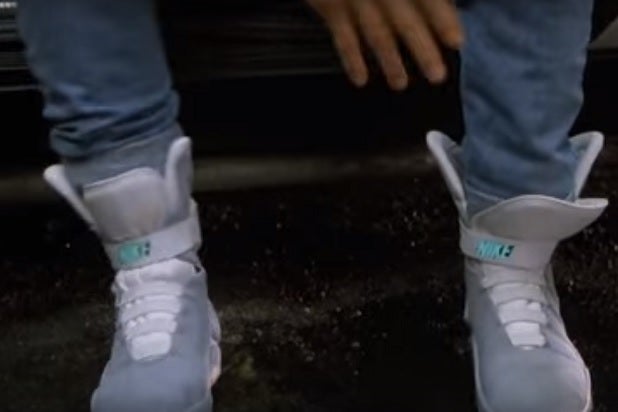 Also Read: 'Back to the Future' Predicted 9/11 and 4 Other Crazy Conspiracy Theories

Vinyl Reissue of the Film’s Soundtrack 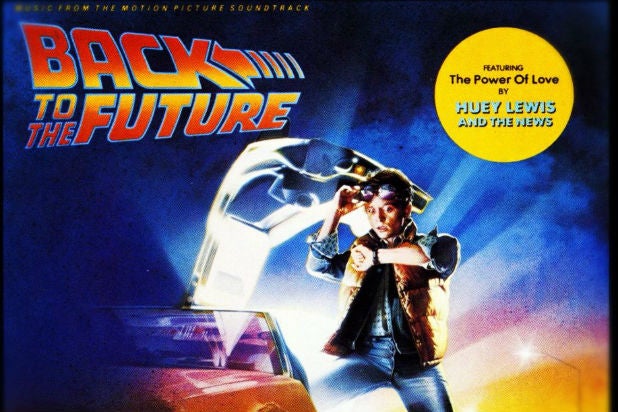 Huey Lewis fans will get to celebrate “Back to the Future” day too. A collectible vinyl reissue of the film’s hit soundtrack is due to hit stores, and will feature hit songs like “The Power of Love” by Huey Lewis and The News, as well as the film’s iconic theme song performed by The Outatime Orchestra. 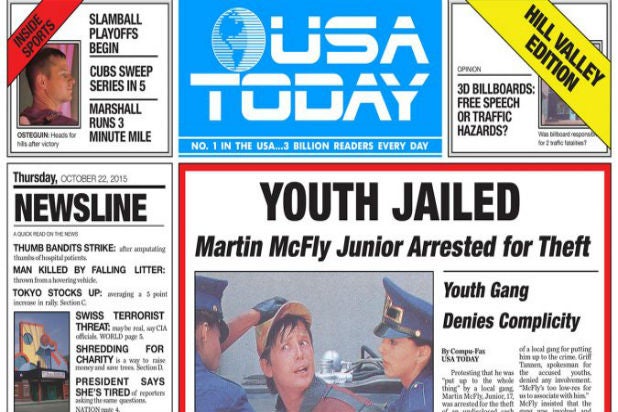 Bad news for Marty McFly Jr. Today’s edition of USA Today will bear the image of the front page from the film in which Marty’s future son is jailed for a robbery instigated by Griff Tannen. And unfortunately for all of us, lawyers haven’t been abolished as Doc Brown predicted after Junior’s arrest.

Doc Brown’s van, promising 24-hour scientific services, appeared outside the California shopping center that served as the Twin Pines Mall in the original film. Luckily, no Libyan nationalists with a penchant for AK-47s came along with the van.

Doc Brown Has a Message for Fans

Christopher Lloyd once again portrayed Doc Brown in a special message to the franchise’s fans about the film’s predictions for the future. “Yes, it is different than we all thought, but don’t worry, it just means your future hasn’t been written yet. No one’s has. Your future is whatever you make it, so make it a good one.”

Lexus and Their Real Life Hoverboard

Lexus made the dreams of fanboys all over the world come true when they released a working hoverboard. And unlike Marty’s hoverboard in the movie, this one does work over water.

Marty McFly enjoyed an ice cold Pepsi Perfect at the Cafe ’80’s in “Back to the Future Part 2,” and now the soft drink giant is bringing the future to life. The company released 6,500 bottles of the futuristic drink, which sold out almost as fast as they became available.

12 Ways 'Back to the Future II' Predicted the Present

In the 1989 sci-fi sequel, Michael J. Fox’s Marty McFly time-traveled forward to Oct. 21, 2015 — and saw prescient visions like self-tying sneakers and the Chicago Cubs in the MLB post-season

In the 1989 sci-fi sequel, Michael J. Fox's Marty McFly time-traveled forward to Oct. 21, 2015 -- and saw prescient visions like self-tying sneakers and the Chicago Cubs in the MLB post-season. How accurately did the film predict the future (at least circa 2015)?