Backstage at the Kodak Theater, the Oscar winners revealed secrets of their often-unlikely paths to the golden statue.

"Four years ago, my band and I were living out of a Suburban…"

Mo’Nique, winner of best supporting actress for "Precious: Based on the Novel ‘Push’ by Sapphire": 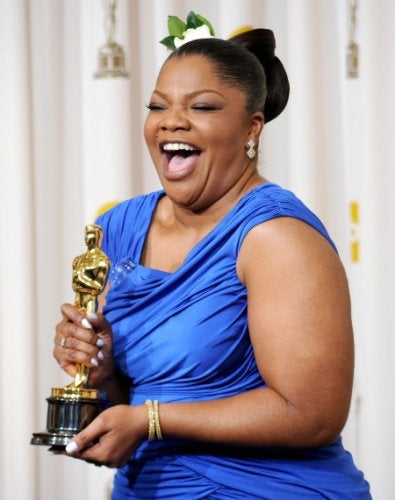 Q: Anything else you wanted to say up there?

"Everything I wanted to say and everything I needed to say, I said it."

Q: Still consider yourself a standup comedian, not an actor?

"I am a standup comedian who won an Oscar. Oh baby, tickle me!"

Q: What if more actresses had natural figures and didn’t shave their legs?

"They would win Oscars."

Q: Did you see yourself in Mary Jones?

"Yeah, in that last scene. And I’ll ask you, did you ever have a dark moment when you were unlovable? For as cruel as Mary Jones was, for the monster that she was, everybody, and I don’t care who you are or what crime they’ve committed, everybody deserves to be loved."

Q: What happened between you and Sidney when you won?

"When they announced my moment, Sidney and I went back to… high school on the balcony at 14 years old in the 10th grade, and i said, ‘One day we’re gonna be stars,’ and he said, ‘You first." That is the moment we went to."

Q: How does this powerful role shape the rest of your acting career?

"This role is so not about my acting career. This role has shaped my life. To allow me not to judge, and to love unconditionally. It it goes into my career, great.

"I’m married to an angel, and oftentimes I’ll tell him, I can see your wings. The best advice he gave me is, ‘Don’t judge it, just be it and leave it on the floor.’ So when Mr. Daniels said ‘cut,’ Mary Jones was left on the studio floor.

"Through this journey and process … some reporters wrote, ‘Someone needs to teach Mo’Nique a lesson…’ I’m proud to be part of the Academy that said, ‘We will not play that game. We‘ll judge her by the performance she gave, not how many dinners she went to.’"

How his father inspired him:

"In so many ways. Just really teaching me and encouraging me to follow my heart."

"I’m feeling a lot better about it now than I was 15 minutes ago."

Q: What about the lawsuit filed by Master Sergeant Jeffrey Sarver?

"As I’ve said before, he’s a brave soldier, and the screenplay is a work of fiction. It’s not based on any one person’s story. That’s really all I have on it."

"We couldn’t have made the movie without the assistance of the Jordanian film commitsion and the Jordanian royal family. I think it brought a level of authenticity to the aesthetic qualities of the film. It was just a great experience for all of us to make a movie about the Middle East in the Middle East.

"In a way I thought it was an eye-opening and inspiring … let’s just say I had an eye-opening experience in Baghdad at the end of 2004, and I thought that the story of these guys who had one of the most dangerous jobs in the world would be an interesting way to look at the war, in a broader sense. As I said onstage, it was just an idea. And the fact that it’s become this is really, I’m tremendously grateful, and humbled by the outcome."

"As I’ve said sometimes, I don’t know why, but from time to time peope have asked me for advice, and my advice as a screenwriter is that it always helps to have a genius director. She obviously took the work and knocked it out of the park."

"There are many stories left to be told, and I’m so proud to be part of a community of filmmakers that have engaged in this topic. I hope there are many other movies that are engaged in Iraq and Afghanistan, because these are important issues that deserve to be explored by artists."

"I think it’s pretty amazing for me to be honored for a film like this. … This is a huge revolution for the industry."