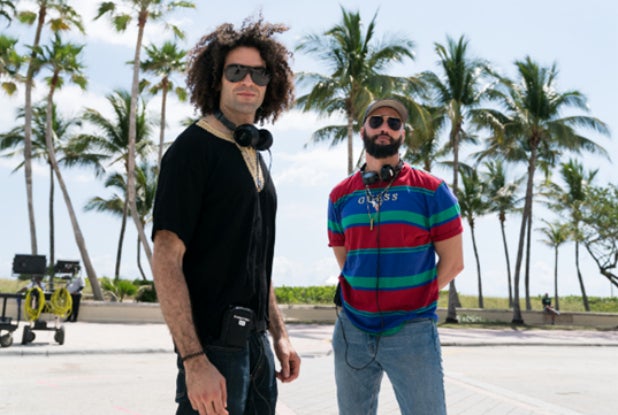 “Bad Boys for Life,” the third installment in the late ’90s, early 2000s-era action/comedy franchise, exploded back on the scene over the long Martin Luther King day holiday weekend. In reviving the nearly 25-year-old franchise, Sony Pictures racked up $73 million at the domestic box office in the film’s debut.

And with a $90 million production budget, “Bad Boys for Life” succeeded where many recent reboots, revivals and sequels have missed the mark — including several at Sony.

“Bad Boys for Life” brought back the dynamic duo of Will Smith (Mike Lowery) and Martin Lawrence (Marcus Burnett), a big reason why the film worked. But leading the show this time out wasn’t Michael Bay, who helmed the first two films; Sony placed the daunting task in the hands of relative Hollywood newcomers Bilall Fallah and Adil El Arbi.

“It has a huge fan base so you don’t want to disappoint anybody, but also its an older franchise so you gotta make it fresh. There was a gigantic pressure on our shoulders, even though we had a smaller weight in terms of our budget compared to the second movie,” the duo told TheWrap.

The pressure was likely magnified by the studio’s recent failed franchise reboots “Charlie’s Angels” ($18 million) and “Men in Black: International” ($80 million), as well as a host of underwhelming or poorly performing sequels and reboots across Hollywood — “Terminator: Dark Fate” and “Hellboy,” for example.

For the most part, however, Sony carved out a good 2019 at the box office, and “Bad Boys for Life” manages to pick up right were the studio left off.

Also Read: Is a 'Bad Boys 4' Ever Going to Happen?

“Bad Boys for Life” far and away has the best Rotten Tomatoes score of the franchise, a rarity for third installments, with a 76% critical rating and an “A” Cinemascore. Fallah and El Arbi did it by paying homage to the films they grew up with, while focusing on the core of the story and the franchise: Friendship.

“The challenge was that the first and second movies were stylistically so much different from each other, so we had to see and say ‘what do we follow?'” Fallah and El Arbi said. “That’s why we did like a hybrid version of both movies. We wanted to pay homage to both and that was a tricky thing to do. But the friendship is at the center, they ride and die together. That is a connection everybody can share and it’s really the core.

“We grew up with these movies. We related so much to the characters; just that friendship. We feel like we are the bad boys of cinema,” they continued. “When we were film students it was always a joke like ‘hey if no one else is going to make another ‘Bad Boys’ we will make it one day.’ And eventually that actually happened.”