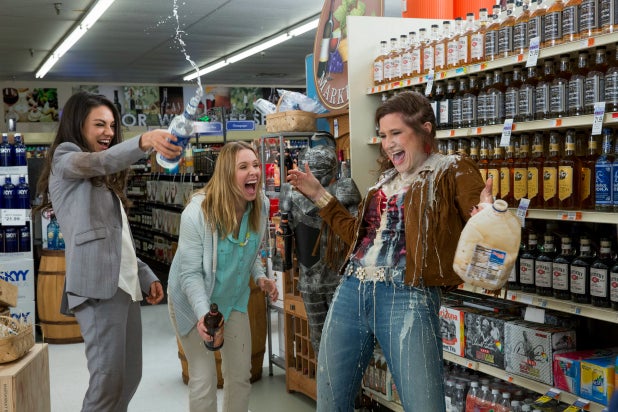 Fox is in development on an unscripted “Bad Moms” series, TheWrap has learned.

The project, inspired by the 2016 Mila Kunis comedy, is being produced by STX Entertainment’s unscripted exec Jason Goldberg and reality producer Brant Pinvidic. Plans are for the show to focus on the lives of real mothers, though the project remains in the early stages and details are scarce.

Released in 2016 by STX, “Bad Moms” starred Kunis, Kristen Bell and Kathryn Hahn as a trio of mothers who vow to stop trying to be perfect parents. The film proved to be a hit, grossing more than $113 million domestically and spawning last year’s sequel, “A Bad Moms Christmas.”

STX’s first television project was the NBC political drama “State of Affairs” in 2014, a slate which has since been expanded to include several unscripted projects and the documentary-drama hybrid “Valley of the Boom” at Nat Geo, which was given the green light last November.

The Hollywood Reporter was the first to report the news.