Apple has handed out a series order to the crime drama “Bad Monkey” from “Ted Lasso” showrunner Bill Lawrence, the company announced Monday.

Vince Vaughn is set to star in and executive produce the series, which is an adaptation of the 2013 novel by Carl Hiaasen. Vaughn will play Andrew Yancy, “a one-time detective demoted to restaurant inspector in Southern Florida,” per the series description. “A severed arm found by a tourist out fishing pulls Yancy into the world of greed and corruption that decimates the land and environment in both Florida and the Bahamas. And yes, there’s a monkey.”

Apple has given the drama a 10-episode order. 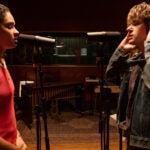 Lawrence will write and produce the series under his overall deal with Warner Bros. Television. Matt Tarses and Jeff Ingold of Lawrence’s Doozer Productions will also executive produce. Liza Katzer will serve as co-executive producer.