The Sara Bareilles-produced dramedy “Little Voice” has been canceled by Apple TV+, marking the first original series to get the ax at the tech giant’s streaming service.

Described as a “love letter to the diverse musicality of New York,” “Little Voice” explores “the universal journey of finding your authentic voice in your early 20s.” Along with producing “Little Voice,” Bareilles (“Waitress”) provided original music for the series.

“Little Voice” is a half-hour, coming-of-age drama that stars Brittany O’Grady (“Star”) as a talented young singer and songwriter looking to find her confidence on stage and fulfill her dreams while navigating love, rejection and complicated family issues. 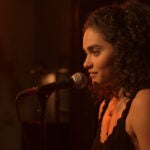 “Little Voice” was Bareilles’ first foray into television (she now stars on Peacock’s recently renewed Tina Fey-created comedy “Girls5Eva”) and marked O’Grady’s return to TV after breaking out in “Star.”

The first three episodes of “Little Voice” premiered July 10 of last year and new episodes of Season 1 rolled out every Friday thereafter until its conclusion.

“Little Voice” was among the first series ordered at streaming service Apple TV+, but the only one to be canceled — so far — by the platform. Other series that were early orders at Apple TV+ — and are still around — include “The Morning Show,” “See,” “Dickinson,” “Servant,” and “Truth Be Told.” Many more originals have been picked up since, including the extremely popular “Ted Lasso,” which has just begun airing its second season and is already renewed for a third.