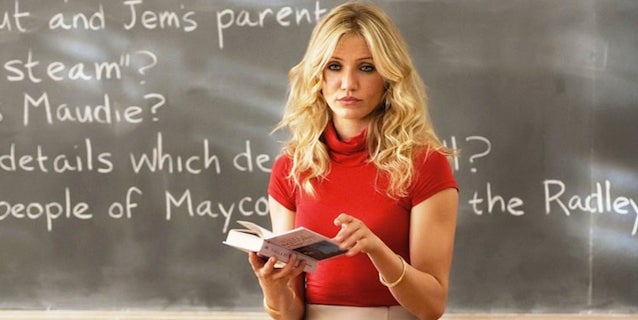 A sequel to the 2011 comedy "Bad Teacher" is in development at Sony's Columbia Pictures, with Jake Kasdan returning to direct and Justin Malen writing, the company announced on Thursday.

While the project is being developed for Cameron Diaz to return in the starring role, no deal has been made with the actresss.

Lee Eisenberg and Gene Stupnitsky, the writers behind the original, will produce the comedy with Kasdan and Jimmy Miller, with Melvin Mar executive producing.

Columbia Pictures Senior Vice President of Production Jonathan Kadin will oversee development of the project for the studio along with Minghella.

"Bad Teacher" followed a foul-mouthed, junior high teacher (Diaz) competing with a colleague for the affections of a new staff member. The film made $216 at the global box office, and inspired a half-hour comedy series, starring Ari Graynor, which received a 13-episode midseason order from CBS.

“Bad Teacher was a hit not just in North America, but throughout the world. We’re excited that Jake will be returning to develop and helm the sequel," Hannah Minghella, president of production, said in a statement. "We love Justin’s take on the material — it hits all the notes that made the first film such a breakthrough hit and also takes the characters in a new direction that is fresh and fun.”