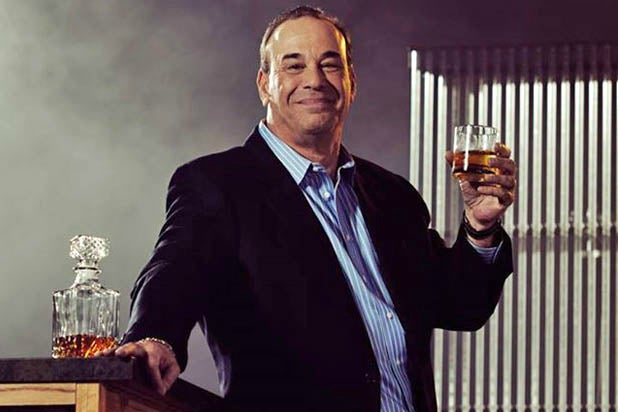 Jon Taffer and the “Bar Rescue” crew will raise a glass to toast their 100th episode on Sunday, when the series officially becomes the first hourlong Spike TV original to cross that milestone. But this whole second career for the 61-year-old “bar science” expert nearly didn’t happen.

Taffer told TheWrap that a friend of his — who “used to run TV for Paramount” — handed him a hard pass on the original pilot pitch. A real hard pass.

“‘Jon, you well never fucking be on television,'” Taffer recalled the guy saying. “So it became a vendetta,” which explains his entertainment biz work ethic. (For the record, Taffer did not share the executive’s name. “Bar Rescue” started on Spike in 2011. Amy Powell was named Paramount Television president in 2013. Garry Hart was president of Paramount Network Television from 2002 to 2013.)

Taffer has now officially shot 112 “Bar Rescue” episodes — we’d say he has earned his revenge, while he has helped others earn their mortgage payments in the process.

For those of you with such a tavern-running pipe dream, Taffer assured us that it’s actually a “great time” to get into the bar business.

After all, we’re currently experiencing what he called a “demographic boom,” living in the middle of a decade where prime bar-aged patrons are looking for a place to hang their beer mugs.

Still, most of us will never realize the fantasy of possessing our own watering hole, but we can all sport a solid home bar — and that should be inexpensive and easy. Taffer said all you need for a strong base is five spirits: vodka, whiskey, rum, gin and tequila.

And when party time rolls around, simply buy some juices and mixers, setting up what Jon called a “smorgasbar.” The simple and effective buffet-style service encourages guests to make their own cocktails — and maybe, if it’s a good party, their own mistakes.