Barry Diller’s InterActiveCorp is in advanced talks to buy the Iowa-based magazine publisher Meredith, according to the Wall Street Journal. The deal is reportedly valued at $2.5 billion. Following the report, Meredith stock was up 27%, to $57, as trading started on Friday.

IAC would benefit from the inclusion of Meredith’s digital sites, as it recently spun off the online dating company Match Group Inc. into Vimeo Inc. 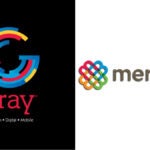 According to the Journal, IAC is competing with other companies, including The Najafi Cos., for Meredith, but IAC has pulled ahead. The deal could come as early as the next few days, though there is no guarantee it will close.

A representatives for Meredith did not immediately return a request for comment. A representative for IAC said the company “does not comment on rumors or speculation.”

In May, Meredith sold its 17 local TV stations, in 12 markets, to Gray Television in a $2.7 billion deal. But the company has continued to struggle with declines in newsstand and advertising revenue across its print titles — even after unloading titles such as Time, Fortune and Sports Illustrated following its 2018 acquisition of Time Inc. for $2.8 billion.