Academy Award-winning director Barry Jenkins will serve as the guest director of this year’s Telluride Film Festival, the festival announced on Thursday.

Jenkins will select a series of films to present at the 48th Telluride Film Festival, which will take place  Sept. 2-6, 2021.

“Each year as we think about who a good Guest Director would be, Tom and I weigh different factors,” executive director Julie Huntsinger said in a statement. “Many are based in the intellectual realm: film knowledge, appreciation and, of course, serious talent. But our recipe always includes something more ephemeral – something that has to do with the quality of the human heart. Rare is the person who exceeds on each of these criteria. Barry Jenkins checks every box and more. We feel lucky and a little incredulous that our long-time friend and very talented colleague has agreed to join us as Guest Director this year. The whole world knows of Barry’s gifts, and we’re thrilled that he is taking the time to share the films he loves in a place with the people who love him dearly.” 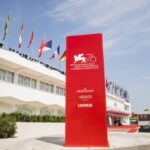 “My first Telluride was the 29th festival, in 2002,” Jenkins added. “In the time since, I’ve done many things at the festival both high — opening the Werner Herzog Cinema as Ringmaster and, of course, the world premiere of ‘Moonlight’ — and low (rolling up the floor of the Max at festival’s end was a rite of passage). When I was approached about curating the Filmmakers of Tomorrow program many years ago, I was honored to be invited deeper into the inner workings of the festival I loved so dearly; being invited to curate a program as Guest Director is an honor my 2002 self would never imagine. We’ve all been tucked away in our silos longing for the day when we can safely venture out into communal spaces to once again partake in the rituals of cinema we love so dearly. I never doubted that the show would once again go on. But having a role in what is shown? Yes, that is quite the honor indeed. My thanks to Tom and Julie for bestowing this wonderful gift upon me. I’ll see everyone at the SHOW.”

Unlike the other major fall festivals that kick off awards season, Venice and Toronto, Telluride doesn’t announce its lineup ahead of time. Instead, it sells tickets on faith and waits until the day before the festival begins to reveal the lineup.

Last year’s festival was canceled due to the pandemic.