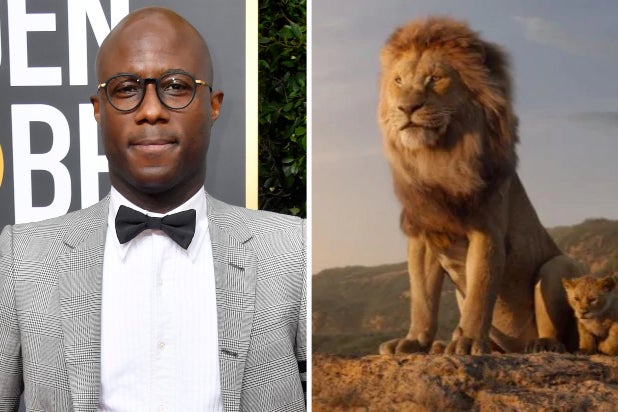 Disney has set a follow-up to its live-action remake of “The Lion King,” and “Moonlight” director Barry Jenkins is attached to direct, Barry Jenkins announced in a tweet Tuesday.

Jon Favreau in 2019 directed the live-action remake of the animated ’90s classic “The Lion King,” and the film made $1.6 billion worldwide. Jeff Nathanson, who wrote the remake, is back to write the follow-up and has already completed a draft of the script.

The logline is also being kept under wraps, but Deadline is reporting that the film will explore the mythology of the other characters throughout Pride Rock, including Mufasa’s origin story.

“Helping my sister raise two young boys during the 90s, I grew up with these characters. Having the opportunity to work with Disney on expanding this magnificent tale of friendship, love and legacy while furthering my work chronicling the lives and souls of folk within the African diaspora is a dream come true,” Jenkins said in a statement.

No release date for the next film has been set, and it’s unclear when production would begin. No cast has been set either, but the voice cast of the remake featured Donald Glover, Beyoncé, Chiwetel Ejiofor and James Earl Jones returning as Mufasa.

Adele Romanski and Mark Ceryak, Jenkins’ partners at his company Pastel, are expected to join “The Lion King” follow-up as producers.

Jenkins last directed “If Beale Street Could Talk,” based on the James Baldwin book. He’s also meant to direct a biopic about the choreographer Alvin Ailey for Disney’s Searchlight Pictures.