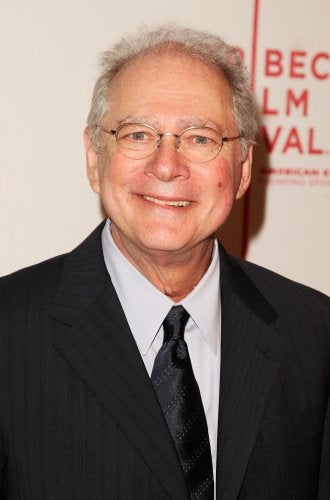 A controversial upcoming documentary just got a big-name director attached to it. Barry Levinson, the Academy Award-winning director of "Rain Man," will oversee a movie that’s being billed by its makers as  "An Inconvenient Truth" for obesity.

It’s a rare bit of good news for a project that has been generating headlines for weeks, not for its subject matter, but because its backer is the pharmaceutical company GlaxoSmithKline, which manufactures the diet drug alli.

Unsurprisingly, many have cried foul, noting that the whole enterprise smacks of a conflict of interest.

“The evolution of the obesity crisis in America is a fascinating and compelling human story. It’s the hidden enemy within our borders that no one talks about,”  Levinson said in a statement.

TheWrap spoke with Rachel Ferdinando, a GlaxoSmithKline marketing executive, about why the company decided to get involved in the project:

Did GlaxoSmithKline initiate this project or did the Creative Coalition come to you?

Ferdinando: It was really a case of two minds coming together. We had really felt that this was an opportunity to give voice to the problem of obesity, and the Creative Coalition has a history of focusing the spotlight on social issues. So it started with some conversations.

Will GlaxoSmithKline have any say in the film’s message or content?

Ferdinando: Creative control is the full responsibility of the Creative Coalition. We have no say in the film’s content. How they decide to talk about this issue is entirely up to them.

By tapping Barry Levinson, are you trying to send a message that this is more than just an infomercial?

Ferdinando: I wouldn’t say that. We are absolutely delighted that someone of Barry Levinson’s stature wants to be involved in the project. This is a national crisis. The fact that somebody of his reputation, an Oscar winner, would join this is proof of its importance. It’s a testament to what can happen when we come together collectively to help solve the issue. No single entity can do this alone.

A recent article in the New York Times postulated that this might just be an attempt to market your weight-loss drug, alli. Are you hoping that sales will increase as a result of this film?

Ferdinando: The Times had its own perspective on what we’re doing. That’s not what this is about.

I’ll just return to something that I said earlier and that is that we’re just trying to raise awareness. The example really is "An Inconvenient Truth," where by raising the level of awareness it led to changes in people’s behavior.

Getting people to think about how they eat would be a positive step to solve the issue of obesity. We’re trying to shine a light on something that’s fast becoming one of the leading killers in this country.

So your interest in this project is purely philanthropic?

Ferdinando: Yes, it really is. [A Glaxo Smith spokeswoman later emailed to clarify that all revenues from the film associated with GSK’s share of this partnership will be donated to charity.]

If it’s not about alli at all, why does the press release mention alli prominently and make a point of saying that the film is funded by the brand? Why confuse the two things?

Ferdinando: We’re not confusing them — we’re being transparent about how we’re sponsoring the project. We’re committed to helping make America healthy. We have a history of being involved in creating awareness about health issues.

Is this the first time you’ve helped fund a documentary?

Ferdinando: No, we’ve funded documentaries on PBS about various health issues before [Glaxo contributed money to Minnesota PBS for a film project on obesity that aired in 2007].