In an article appearing in Thursday’s New York Times, the non-profit Creative Coalition comes under scrutiny for agreeing to produce a documentary about obesity funded by GlaxoSmithKline, the pharmaceutical giant and maker of Alli, a weight-loss drug. The film is not yet made, but a director may be announced at the upcoming Sundance Festival. "While corporations back films all the time, it is rare for one to pay for a documentary with direct hopes that it will translate into bigger profits," the article states. "As a rule, documentary makers are an aggressively anticorporate crowd." Robin Bronk, the executive director of the Creative Coalition, agreed to be grilled by Sharon Waxman about accepting donations from Big Pharma, and whether it corrupts the filmmaking process. 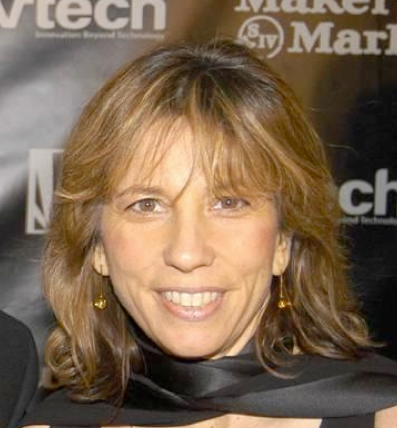 So what about the Times’ contention regarding Glaxo financing your documentary?

We are in an obesity crisis in America. The first thing we blame is the television. One of our missions is to use the platforms of the industry to educate on social welfare. That’s why we’re involved with this.

Aren’t you worried taking money from Big Pharma? Isn’t that a legitimate concern?

Not at all. We are a non-profit. There’s Revlon’s Breast Cancer Walks, there’s the Bristol Myers Squibb room at the public library. Non-profits survive on the good will of corporate donations. That’s how it should be. Corporations should support the issues they care about, that their community cares about. And I’m thrilled that a pharmaceutical is donating to an arts organization. Our number one mission is to promote public funding of the arts. It’s thrilling that a pharmaceutical, that does not have a vested interest in the arts, is making a significant contribution to an organization to support the arts.

But they’re not investing in the arts. They’re investing in a product that serves their marketing message. You and I and the NYT knows that they are doing this to sell more of the drug that they make.

They’re choosing to use art and classic filmmaking to carry their message. We’re super believers in that. I don’t think anything wrong with doing well by doing good.

What do you mean by that?

Facts and figures show that this country is in an obesity crisis. The abuse of food kills more people than tobacco. Our citizenry has to be educated. What’s great about this documentary is, it’s nothing about the solution, it won’t lead you to Weight Watchers or more exercise. It will create more awareness, just like ‘An Inconvenient Truth.’

They have absolutely no creative control. Zero.

How much money did they giv eyou?

That hasn’t been determined. We don’t know if it’s a miniseries or documentary for tv or for theatrical – it’s premature.

Did you debate it, or did you worry about taking money from Glaxo?

It’s not the tail wagging the dog. We started the Spotlight Initiative 2 years ago. The Creative Coalition used our wheelhouse – our celebrities, our advocacy – to support doing films with important social welfare messages.

Is this the first time a pharmaceutical has given you money?

Not at all. We’ve had support from pharmas for dozens of years. At both Republican and Democratic conventions we partnered with pharma to do panels on health reform. We control the content, whether a panel, or a film, or a summit. Our sponsor does not control the content. We’ll present both sides of the aisle, and we don’t always agree.

Pharmaceutical companies are the villains that everyone is blaming for health care problems. But we live because there are wonderful things pharmaceuticals do for us. It’s not black and white.

Why do you believe in this project?

It’s reverse product placement. It’s issue placement. It’s organic for us. We’re using filmmaking to promote a film message. Art influences. Look at Al Gore; he could not move the needle on global warming until he went Hollywood. And he was the vice president.