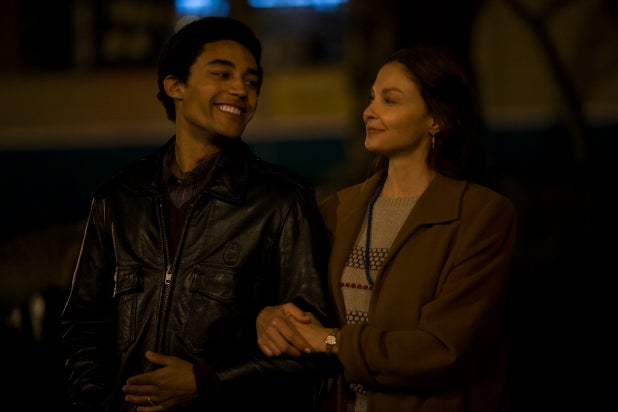 One more and you could call it a trend: the engaging indie “Barry” follows “Southside with You” as the latest movie to depict the young Barack Obama. In this case, it’s nearly a decade earlier than the first-date events of “Southside,” zeroing in on the forthcoming president’s first year as an ill-at-ease college transfer student at Columbia University in New York.

A disarming portrait of loneliness and uncertainty, but also awakening and acceptance, it has the unintended effect of seeming more melancholic than it really is, probably due to the unsteady political times we find ourselves in as the real-life Obama leaves office, his legacy potentially under threat. “Barry,” anchored by a nicely understated lead performance from Australian actor Devon Terrell, and directed with a sure hand by Vikram Gandhi (“Kumaré”), is blessedly not refracted through the future, however. It’s not about a man destined to win something. It’s about the search to belong, and that makes it more sneakily American and quietly patriotic than any achievement-oriented, conventional biopic.

“Barry” (premiering theatrically and on Netflix Dec. 16) is also a love letter to the sweep, the steep, and stoops of New York, a city that can demand of a young questioning newcomer of mixed-race heritage — Ralph Ellison in his hand and do-good impulses in his head — that he decide who he is, and fast. He’s nearly hit by a swinging boombox. There’s graffiti everywhere, dogs barking from trashed vacant lots in his crime-ridden Upper West Side neighborhood, and on his first night visit to campus, he gets a flashlight beam in the face from a security guard who demands an ID.

Then when the entitled white classmate in poly sci talks about Reagan’s “moral authority” (this is 1981), Barry feels almost obligated to remind the class that that the will of the people didn’t always protect minorities, that states once voted for slavery. White guy shoots back, “Why does everything have to be about slavery?” (Some clueless pushbacks never change.)

No wonder Obama chain smokes, enjoys a little weed now and again with his Pakistani roommate (a funny Avi Nash, “Learning to Drive”), seeks out pick-up basketball on nearby courts, and gladly returns the attention of smart, attractive classmate Charlotte (a superb Anya Taylor-Joy from “The Witch”), who becomes his girlfriend. That he’s so open to dating a white woman may be a byproduct of who he’s around at Columbia, and they definitely have fun together, whether taking in an Ed Koch interview or going to the club. But their rapport doesn’t make drinking in the country club lifestyle of her liberal-minded wealthy folks (Linus Roache and Jenna Elfman) any easier, nor having her on his arm when they walk past glaring neighborhood women of color and “white devil”-spouting radicals.

Further adding to Barry’s churning identity issues is the fact that he’s only met his Kenyan dad once, when he was ten, which adds stifling weight to the letter he keeps trying to write to him. It also informs a great scene in which his remarried (and re-divorced) mom (Ashley Judd) arrives for a visit. As loving as she is, there’s the subtlest look of exasperation on Barry’s face that seeing “Black Orpheus” with your hippie-ish white mom isn’t the same as having a relationship with your absent African father.

One of the best attributes of “Barry” — which also features Ellar Coltrane (“Boyhood”) as a fellow student, and Jason Mitchell (“Straight Outta Compton”) as a hoops pal with Wall Street ambitions who shows Obama the projects — is its refusal to give us a “Rosebud” moment. That’s because Gandhi and screenwriter Adam Mansbach understand that whoever you are at any given moment is a mixture of all you’ve experienced, and all you hope to experience.

Unlike “Southside with You,” which reveled in the knowing, smiling wink (Look how he connects with parishioners! He just said he might go into politics!), “Barry” gives us a confused but intelligent, floundering striver who could go in any number of directions. He’s a work-in-progress, and Terrell’s fine performance — the halting Obama rhythms, the ever-assessing look in his eyes — combined with the breezy, modestly evocative movie around him, thankfully keep hindsight dramatizing at bay.

The filmmakers do get in one cheeky allusion to his eventual path: on their way to Charlotte’s sister’s wedding, she says to her stern-faced squeeze, who’s bottling in some tragic news, “You look like you’re going into battle.” Cut to a frame-filling shot of the family manse: yep, a big white house.

But what “Barry” ultimately leaves you with, as Nina Simone sings Bob Dylan’s “I Shall Be Released” and our protagonist comes to grips with a certain incompleteness about his father, is the sense of a quester emboldened. During the wedding scene, the filmmakers have their young protagonist get introduced to activist Grace Lee Boggs, who offers up the reminder that “life is a beautiful struggle.”

It hasn’t always been easy trying to figure out what’s going through the mind of the 44th president of the United States, but “Barry” is a satisfyingly curious, honest attempt to make his inner struggle a beautiful part of this groundbreaking statesman’s biography.

“Captain America: Civil War,” “Fuller House” and a Barack Obama biopic are among the streaming platform’s offerings to close out 2016