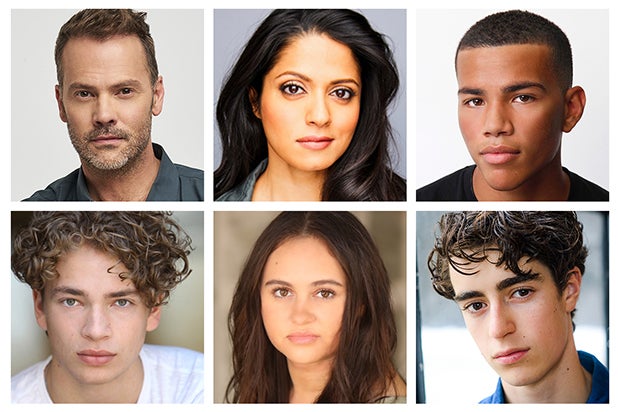 Ava DuVernay’s teen superhero pilot “Naomi” has added six more to its cast, including “7th Heaven” and “Hart of Dixie” alum Barry Watson making his return to the network.

Watson will play Greg, Naomi’s adoptive father and a veteran military officer who is serious about his responsibilities at the town’s military base. He is happily married and sees Naomi as the perfect daughter.

Earlier this month, the pilot cast Kaci Walfall as the titular hero, an “effortlessly cool and confident high school student” who discovers she has the ability to travel across the multiverse.

Also joining the cast are Mary-Charles Jones as Naomi’s “fiercely loyal” best friend Annabelle, Aidan Gemme as Annabelle’s “sweet, shy and a bit nerdy” boyfriend, Mouzam Makkar as Naomi’s mother Jennifer, Daniel Puig as Naomi’s ex-boyfriend and Will Meyers as a friend who has a crush on Naomi.

The potential series is adapted from the comic “Naomi,” which launched last year from Brian Michael Bendis and David F. Walker and was illustrated by Jamal Campbell. DuVernay is executive producer and writer on the pilot with Jill Blankenship, and “Queen Sugar” alum Amanda Marsalis is director and co-executive producer.

In addition to DuVernay and Blankenship, Sarah Bremner and Paul Garnes also serve as executive producers on the pilot for DuVernay’s Array Filmworks.

“Naomi” marks the third DC Comics project for DuVernay, who is helming “DMZ” for HBO Max, which was recently ordered to series. The “Selma” director is also co-writing a big-screen adaptation of “New Gods” with Tom King.

Watson, who appeared in Showtime’s “The Loudest Voice,” is represented by Innovative Artists, Trademark Talent and Jill Fritzo PR.