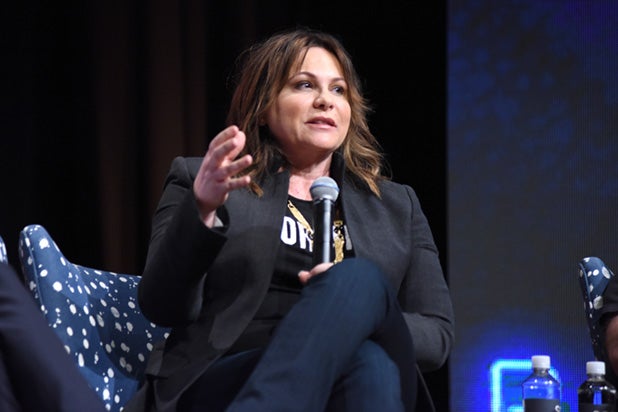 The “Bates Motel” co-creator has stepped in as showrunner, taking over for creator and writer Jay Carlson, who exited the Media Res-produced series due to creative differences.

Ehrin is also poised to become the first creator to sign an overall deal with the streamer, as the two parties work to finalize terms of an exclusive pact. Ehrin had most recently been at Universal Television.

The series, picked up for two seasons last November, is described as “an inside look at the lives of the people who help America wake up in the morning, exploring the unique challenges faced by the women (and men) who carry out this daily televised ritual.”

Aniston and Witherspoon will both star in and executive produce the series, which marks Aniston’s first regular TV role since “Friends.”

CNN’s Brian Stelter will consult on the project, with his 2013 book “Top of the Morning: Inside the Cutthroat World of Morning TV” serving as background material for the writers.

Carlson’s exit marks just the latest major behind-the-scenes shift on an Apple series, even as the company has yet to premiere a show. Bryan Fuller and Hart Hanson both exited the planned reboot of Steven Spielberg’s “Amazing Stories” earlier this year.