A “Gotham Knights” series in development at The CW from a trio of “Batwoman” writers.

The project, which is not a spinoff of “Batwoman,” revolves around Bruce Wayne’s son who teams up with the children of other famous Batman villains in the wake of the Dark Knight’s murder. “Gotham Knights” is also not based on the upcoming video game from Warner Bros. of the same name, but rather the characters from the comics.

Here is the logline from The CW:

In the wake of Bruce Wayne’s murder, his rebellious adopted son forges an unlikely alliance with the children of Batman’s enemies when they are all framed for killing the Caped Crusader. And as the city’s most wanted criminals, this renegade band of misfits must fight to clear their names. But in a Gotham with no Dark Knight to protect it, the city descends into the most dangerous it’s ever been. However, hope comes from the most unexpected of places as this team of mismatched fugitives will become its next generation of saviors known as the ‘Gotham Knights’ 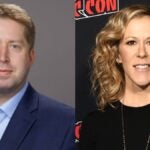