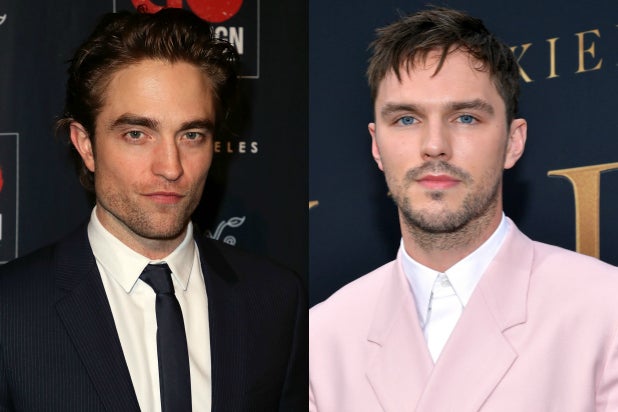 No one has been cast as Batman for Matt Reeves’ upcoming “The Batman,” but Robert Pattinson is among the actors on a short list for the role, two insiders with knowledge of the situation told TheWrap.

A Variety headline Thursday said that Pattinson would play the role, and the accompanying story said he was “in negotiations” for the part, one of the most desired in Hollywood. Deadline subsequently reported that both Pattinson and Nicholas Hoult were on a short list for the role of Bruce Wayne/Batman.

Reps for Reeves and Pattinson did not immediately respond to a request for comment, and a rep for Hoult declined to comment. Warner Bros., the studio that will distribute the film, did not respond to requests for comment.

Pattinson most recently starred in “High Life,” “Good Time,” and “Water for Elephants,” and will next be seen in “The Lighthouse” and “The King.” His other credits include “Life,” “The Lost City of Z” and of course, the “Twilight” series. He is represented by WME, 3 Arts Entertainment, Curtis Brown Group and Narrative.

Hoult most recently starred in “The Favourite” and “Tolkien” and had a cameo in “Deadpool 2,” and will next star in “Dark Phoenix” opposite Sophie Turner and Jennifer Lawrence. His other credits include “X-Men: Apocalypse” and “Colllide.” He is represented by UTA and Relevant.

Reeves took over the directing gig after Ben Affleck stepped away from the role. Affleck was also expected to play the caped crusader again but then said he would be hanging up the cape for good. Reeves has since described the film as a “defining” and “very personal” story about the Dark Knight, rather than an origin story in the vein of Frank Miller’s beloved “Year One” series.