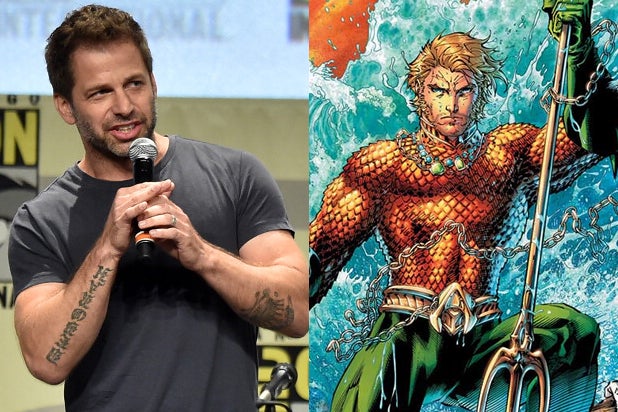 Be careful, radio DJs — you never know who might be listening.

Hosts of Detroit’s 97.1 The Ticket’s Stoney and Bill radio show got a surprise when a man claiming to be Zack Snyder called in to discuss a segment he had heard earlier on the show, wherein the hosts were trashing Aquaman.

TheWrap has confirmed that it was indeed the “Batman v Superman: Dawn of Justice” director on the phone call.

Snyder said he was  listening to the radio on the way to set, and heard an earlier segment in which he felt the hosts were coming down too hard on Aquaman, the Justice League member who watches over the sea and speaks to animals.

Snyder defended the superhero and his potential inclusion in a film with Batman (Ben Affleck) and Superman (Henry Cavill). The director pointed out that Aquaman is actually quite capable, and has a trident that can “cut the flesh of Superman if they came in contact … he’s super strong.”

“It’s not to say that he’s in the movie or anything like that,” Snyder teased. “But he has the potential to be bad ass.”

This seemingly confirms months of speculation that Aquaman would be making an appearance in “Batman v Superman,” though Snyder stopped just short of actual confirmation. Most rumors have centered around Jason Momoa playing the role.

“Batman v Superman: Dawn of Justice” is currently filming in the Detroit area and will be released on March 25, 2016.

You can listen to the segment here.