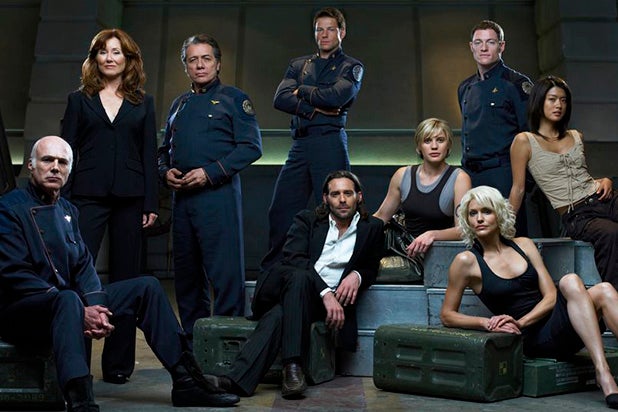 “Battlestar Galactica” is getting another reboot, this time at NBCUniversal’s upcoming streaming service.

The company unveiled its streaming plans on Tuesday, with one of several major announcements being another reboot of the space opera from UCP and “Homecoming” and “Mr. Robot” creator Sam Esmail.

Esmail will executive produce the new series alongside Chad Hamilton of his Esmail Corp. banner. No further details about the upcoming series were released, but the service, which is named Peacock, is set to launch in April 2020. A subscription price has yet to be announced.

See a complete list of everything coming to Peacock here.