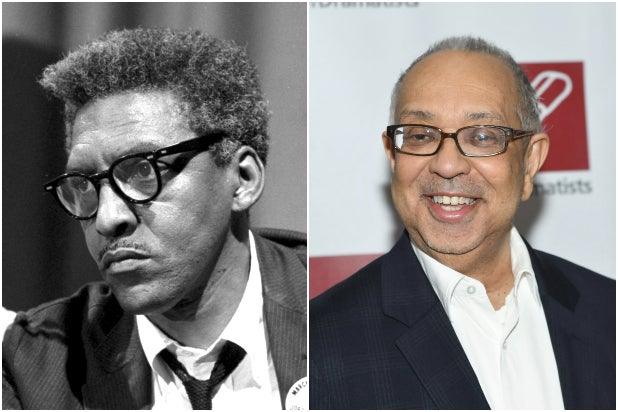 Netflix is at work on a biopic of Bayard Rustin, a gay civil rights icon who helped organize the 1963 March on Washington. The film will be directed by “Ma Rainey’s Black Bottom” director George C. Wolfe.

Dustin Lance Black, an Oscar winner for another biopic about a gay rights legend, “Milk,” is writing the screenplay for “Rustin.” Barack Obama and Michelle Obama’s Higher Ground Productions will produce the film.

Rustin, because of his sexuality, often worked behind the scenes during the Civil Rights Movement, working closely with A. Philip Randolph, organizing Freedom Rides and fighting to integrate workers unions. Later in his life, he would emerge as a vocal advocate for gay rights and testify on behalf of the state of New York’s Gay Rights bill. The film “Rustin” will show his onslaught of obstacles and how he worked to alter the course of history before his death in 1987.

Also Read: 'Ma Rainey's Black Bottom' Cinematographer on Chadwick Boseman: 'I Cried as We Were Filming His Performance'

No cast has been set for the film.

Wolfe is the director of Netflix’s “Ma Rainey’s Black Bottom,” which stars Viola Davis and the late Chadwick Boseman and was nominated for two Golden Globes. Wolfe is also a DGA and NBR winner for “Lackawanna Blue” and is a five-time Tony Award winner.

The Obamas’ Higher Ground recently set its upcoming slate of films and series in partnership with Netflix, which includes “Exit West,” “Satellite,” “Tenzing” and “The Young Wife.” The company is also behind Netflix’s “Crip Camp,” which was named to the Oscars Documentary shortlist.

Black is an Oscar winner for “Milk” from 2008, which told the story of gay rights activist Harvey Milk. He also wrote Clint Eastwood’s “J. Edgar” and created the 2017 miniseries “When We Rise.”

Wolfe is represented by CAA and Loeb & Loeb.