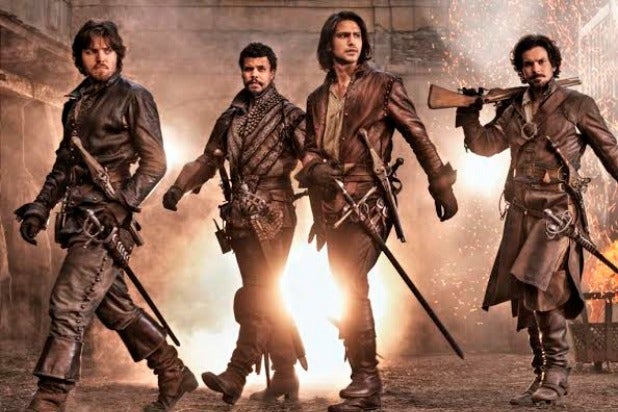 BBC America says its news series “The Musketeers” will premiere on Sunday, June 22, and announced a second season of the drama series for 2015.

More and more networks are announcing very early renewals for their shows as a way of casting a big vote of confidence. But the one for the “Musketeers” comes especially early, months before the show even premieres in the U.S.

The series is set on the streets of seventeenth century Paris, where King Louis XIII’s personal bodyguards — Athos, Aramis and Porthos — stand for justice, honor, valor, love — and thrills. The series was created by Adrian Hodges (“My Week With Marilyn,” “Primeval”). The BBC Drama Production for BBC One is co-produced by BBC AMERICA and BBC Worldwide. The first season will consist of 10 episodes.