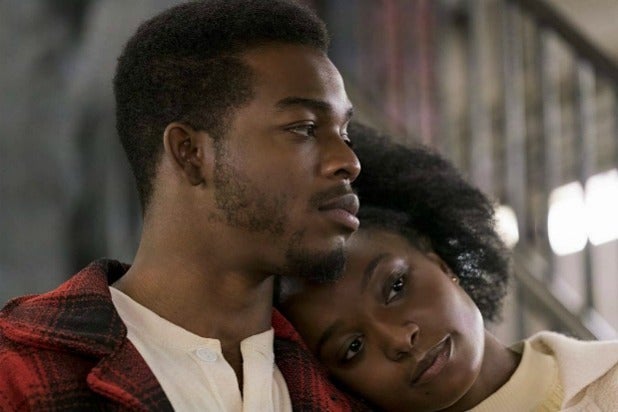 Barry Jenkins’ “Moonlight” follow-up “If Beale Street Could Talk” arrived at the indie box office this weekend, earning $219,173 from its four screen-start for a per screen average of $54,793.

While it’s barely more than half of the $100,000 average made by “Moonlight” two years ago, it’s still a solid start from distributor Annapurna, which is looking for a major arthouse hit sollowing the departure of its film division head and the removal of two films from their release slate. Annapurna will expand “Beale Street” to 65 screens in time for Christmas a week from Tuesday, and will also release the Dick Cheney biopic “Vice” wide.

“If Beale Street Could Talk” is an adaptation of the James Baldwin novel of the same name and stars KiKi Layne and Stephan James as Tish and Fonny, a couple whose relationship is tested after Fonny is arrested for a crime he did not commit, putting Tish in a race to prove his innocence before she gives birth to their child. Regina King, Teyonah Parris, Colman Domingo and Brian Tyree Henry also star. The film has been nominated for three Golden Globes, including Best Motion Picture — Drama.

Other films that came out this weekend to far lower returns include “Capernaum,” Nadine Labaki’s drama about Syrian child refugees in Lebanon. Released by Sony Pictures Classics on three screens, the Cannes Jury Prize winner grossed $27,588 for a per screen average of just under $9,200. Another Cannes film, Lars Von Trier’s ultra-violent “The House That Jack Built,” was released by IFC on 33 screens and only grossed $40,436 for a per screen average of $1,225.