TheWrap is pleased to announce that award-winning reporter Beatrice Verhoeven has been promoted to Film Editor, leading the site’s coverage of the fast-changing film industry.

Verhoeven, who joined TheWrap in 2015, will take a leading role in shaping coverage of the Hollywood studios and the rapidly changing landscape of the industry, after honing her skills as a senior film reporter.

She will help lead coverage of key industry events such as the Sundance Film Festival and her work will also be featured in TheWrap’s premium PRO service, awards coverage and live events such as TheGrill and Power Women Summit conferences.

“Beatrice has grown to become a pillar of TheWrap’s film industry coverage, a dogged and exacting reporter who has won the respect of Hollywood executives and creative talent for her accurate, thoughtful journalism,” TheWrap’s Executive Editor Thom Geier said. “We are proud to promote her to a new leadership position as the site continues to deepen and broaden its coverage of the film world.”

Verhoeven said: “I’m eternally grateful to Thom and TheWrap’s founder and editor in chief, Sharon Waxman, for the continued support throughout the years and now for the opportunity to lead TheWrap’s film team. I look forward to working hand-in-hand with our reporters to provide the best film coverage for our readers.” 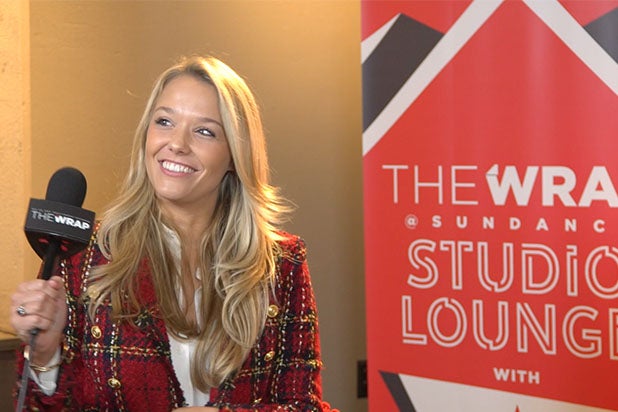 A graduate of Loyola Marymount University who earned a Masters in Journalism at the Annenberg School for Communication and Journalism at the University of Southern California, Verhoeven joined TheWrap as a blogger-reporter and rose through the ranks of the newsroom, most recently serving as senior film reporter. Her rise in the journalism world is more remarkable for the fact that she was born and raised in Germany, with English her second language.

Verhoeven has written hard-hitting exposés about the inner workings of organizations ranging from the Hollywood Foreign Press Association to the fashion-oriented event business Beautycon. She has also sat down with stars and filmmakers, exploring her passion for the content they produce — particularly in favorite genres like horror and true crime.

In 2016, she was awarded second place at the L.A. Press Club’s National Arts & Entertainment Journalism Awards for coverage of the 2015 Sony studio hack, along with Wrap colleagues. Two years later, she teamed with Jeremy Fuster to place at the SoCal Journalism Awards in the gender/LGBTQ reporting category for a story about the dearth of female directors in studio films.