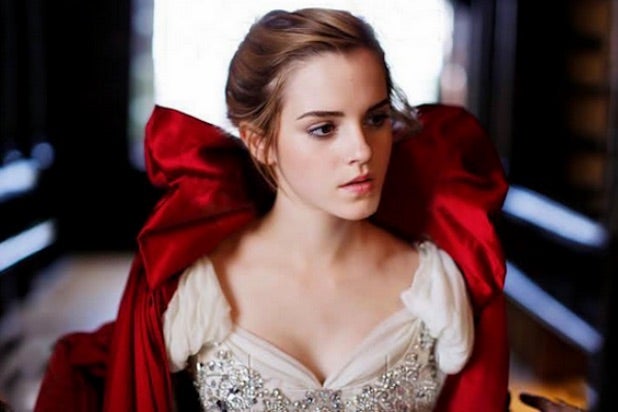 The Disney merchandising machine has cranked out another sure-fire huge seller in the form of a Belle doll in the likes of “Beauty and the Beast” star Emma Watson. And the best part, when you press a button on the back of her neck, you can hear Watson singing “Something There.”

Give it a listen below:

A video posted by Beauty & the Beast Movie News (@beautyandthebeastmovienews) on Dec 29, 2016 at 6:57pm PST

One of the film’s producers, Jack Morrisey, confirmed the authenticity of the doll, posting on Instagram:

therealjackmorrissey????
Well there it is, straight from the shelves at Toys R’ Us..

Disney fans and Watson fans alike are on the move to find the hot commodity, but are already having a hard time tracking one down. Here’s but one exchange between two collectors on Instagram:

Some toys r us stores are putting out merchandise too early. Today I found some batb merch and they almost didnt let me buy it. — payval58

hmm that’s interesting! My city doesn’t have it yet so I wondered why some toysrus will sell it early? — susanhaywards

Theyre not supposed to. They mess up often and dont realize they put it out early. — payval58

While others aren’t so crazy about the sound quality:

I hope it sounds better than this. Otherwise kinda disappointing… — junxhide

Eh… personally I hope it’s just the quality or this was a strictly for the doll version. just being honest, I want this movie to be great ^_^ But I won’t just worship everything if I am iffy, nor should I 🙂 But I hope this movie is great!! But I hope the actual version is better than this. — dmcstealth

Disney’s live-action remake follows Belle (Watson) as she sacrifices herself to save her father by going to live at the home of the Beast (Dan Stevens). But over time she learns that he was once a dashing prince, cursed to look like a monster and that only true love can break the spell.