Some sports magazines are getting a digital makeover on blockchain.

Beckett Grading Services announced on Tuesday it would allow collectors to store certificates of authenticity for sports memorabilia on blockchain. Through its media arm, Beckett Media Group, the company currently publishes 18 magazines related to sports and collectibles, including Beckett Baseball and Beckett Basketball.

“Beckett is an industry leader in sports and is sitting on one of the most valuable vaults of intellectual property in publishing,” Beyond Protocol CEO Jonathan Manzi told TheWrap. “Their entrance into blockchain is significant.” 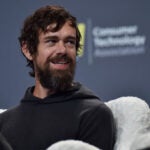 Beyond Protocol will allow collectors to upload their certificates digitally to blockchain. They can then be sent and verified by other third-party companies. The blockchain startup is angling to be a leading player at the convergence point of sports, media and technology, promoting a service that is “probabilistically impossible to hack,” according to their website. Earlier this month, NFL tight end Rob Gronkowski demonstrated Beyond Protocol’s use by using it to send his biometric data to DoorDash. That is, Beyond Protocol tracked his health data through a workout, then used it to determine his exact nutritional needs and sent an order to the delivery company to match them.

“Many health providers still use antiquated technology to keep users’ confidential health data secure, which are prime for hackers,” a representative for Gronkowski told TheWrap. The blockchain “solves these security issues while allowing for a seamless integration with other services players depend on.”