Eric Mika was never part of the plan, making his ouster as publisher of the Hollywood Reporter on Wednesday a mere formality.

What the rest of that plan looks like, only the new owners of the struggling trade know for sure.

Richard Beckman, who became CEO of e5 in January, a month after it bought the Reporter, told Waxword on Wednesday that he had addressed the trade’s staff, saying that Mika "did his best in a difficult situation. With the agenda we have in mind, we felt it would be best to have a different publisher.”

But first, that publisher — Beckman tells Waxword that he’s got it down to two candidates, and expects to name that person in the next week or two. 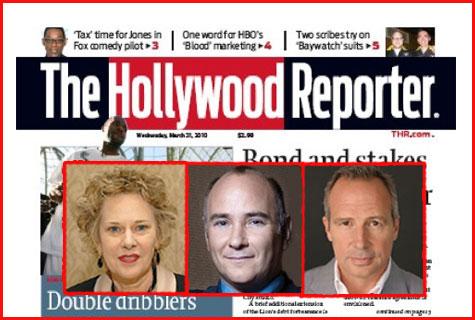 He wouldn’t comment on reports that Lynne Segall, the highly regarded VP of entertainment advertising at the Los Angeles Times, was one of the people he’s been talking to. (I know from my own sources that she won’t be the publisher.)

He did say that Mika’s replacement would not be coming from Condé Nast, where Beckman was a longtime executive and chairman of the publisher’s Fairchild fashion group. Many of his hires have come from his old stomping ground.

As for the future of Editor-in-Chief Elizabeth Guider, he would only say: “I can’t go into that — it’s too tenuous.” He did go so far as to tell me that there were no further layoffs imminent.

Contacted by TheWrap on Wednesday, Guider rejected the notion that Mika’s departure signalled that she would be next. "I’m the editor, I plan to be here," she said.

Guider’s status became even more tenuous with Deadline.com’s Nikki Finke claiming last Friday that the trade’s new owners had approached her to take over as editor.

Beckman acknowledged that the loss of TV editor Nellie Andreeva, who announced on Monday that she was joining la Finke’s Deadline, was a blow.

“We’re sorry to lose her," Beckman said. "We wish her luck in her new endeavor. But none of us are irreplaceable.”

Then he added that his message to the staff was: “I want people who are passionate about the brand.”

For their sake, they better hope they’ve got some passion for working at a weekly glossy magazine with a daily web component, since all indications are that that’s the direction the Reporter is headed.

"Yes, it’s something we are looking at,” he said.