It’s been a whirlwind 24 hours in Hollywood with no fewer than five directors lining up new projects, so try and keep up. We’ll list the deals from most to least noteworthy. 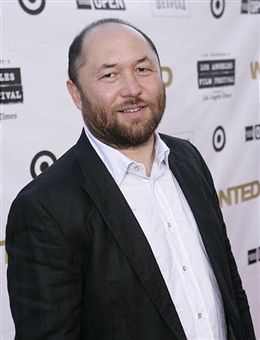 1. Timur Bekmambetov (left) – Production Weekly’s Twitter account has been unleashing scoops left and right. Late yesterday, @prodweek announced that Timur Bekmambetov will direct "The Casebook of Victor Frankenstein," based on the book by Peter Ackroyd.

I’ve always been a sucker for Shelley’s "Frankenstein" tale and the movies it has inspired over the years. I caught James Bai’s "Puzzlehead" at the 2005 Tribeca Film Festival and thought it was excellent. I even enjoyed Kenneth Branagh’s "Frankenstein," starring the director as Victor Frankenstein and Robert De Niro as the man-made monster.

Bekmambetov has proven he can handle this sort of material having directed Russian hits "Night Watch" and "Day Watch," and I also liked what he did with Universal’s adaptation of Mark Millar’s "Wanted," so I’m eager to see what he does with Shelley’s story. Hopefully he’ll decide not to pander to the teenage audience and choose to push the horror angle like Joe Johnston’s R-rated take on "The Wolfman."

2. Wolfgang Petersen – A week after telling MTV that his live-action adaptation of Satoshi Kon’s "Paprika" is on the fast track, the "Air Force One" director told MTV that his next project will in fact be "Uprising," an epic story about Earth after an alien invasion.

Sony is behind the sci-fi movie, which finds aliens running the world as opposed to destroying it.

I agree with Petersen that it’s a very cool concept, if a little familiar in the wake of the ABC series "V" and other maybe-the-aliens-aren’t-bad-after-all properties including "District 9." The success of the project will come down to whether Petersen is more interested in the actual human drama of the characters or the big-budget visual effects. That’s why "Das Boot" is a classic and "The Perfect Storm" is not.

As for "Paprika," Petersen confirms that a young writer has delivered a very specific and detailed treatment which Petersen describes as having the scope of "The Matrix." The original story, based on the novel by Yasutaka Tsutsui, concerned the theft of a machine that allows therapists to enter the dreams of their patients, which if you’ve been paying attention to its mysterious marketing campaign, resembles the plot of Christopher Nolan’s "Inception."

3. Curtis Hanson – Yesterday, Production Weekly also tweeted that Curtis Hanson will direct "Jay Moriarty," based on the true adventures of the late surfing star, while also mentioning that Sean Penn is in talks to play Moriarty’s mentor Rick "Frosty" Hesson.

Hesson was a former lifeguard who trained the Santa Cruz native using a rigorous program that prepared him to surf Mavericks, a dangerous spot on the coast of California. Moriarty died the day before his 23rd birthday in a free-diving accident in the Maldives.

Hanson’s last movie was "Lucky You," which like surfing, concerned another high stakes thrill – gambling. Unfortunately, "Lucky You" wasn’t terribly exciting, which gives me initial concerns about Hanson directing a surfing movie.

I’m of mixed opinion with regards to Hanson in general. I love his early-90s thrillers "The Hand That Rocks the Cradle" and "The River Wild," with 1997’s "L.A. Confidential" being the crown jewel in his filmography, but lately, the filmmaker seems to have lost his way. His Eminem movie "8 Mile" failed to live up to the hype, "In Her Shoes" was a flop, and to be honest, I even find "Wonder Boys" fairly overrated.

Having said that, it sure would be fun to see Penn even quasi-revisit his Spicoli character from "Fast Times at Ridgemont High."

4. David Hayter – The "X2" and "Watchmen" writer will make his directorial debut with "Wolves," reports Deadline.

Hayter describes the film as "’Twilight’ with a bit more bite to it, and without abstinence." Does that mean there will be werewolf sex?

The project had initially been set up at Crystal Sky with Thomas Dekker and Ray Stevenson attached to star, but now that Hayter and his Dark Hero Studios producing partner Benedict Carver have signed an overseas distribution deal with French company TF1, Winchester will finance the $18 million thriller.

It’ll be interesting to see how Hayter works within the parameters of that modest budget, but I have to admit that the prospect of another "werewolf" movie doesn’t sound terribly exciting.

Hayter has come close to the director’s chair before on films like "Black Widow" and "Watchmen," but Deadline notes that fewer studios are gambling on rookie directors, which is why it has taken Hayter so long to get his chance behind the camera. Hayter and Carver are also producing the zombie film "Deadworld" with Bill Mechanic.

5. Dean Parisot – According to the L.A. Times, the man who brought you "(not so) Fun With Dick and Jane" is in discussions to direct "SEAL," a political action film based on M. Zachary Sherman’s 2006 graphic novel "SOCOM: SEAL Team Seven." 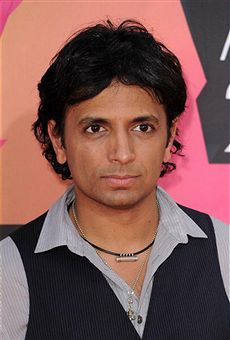 Walden Media is developing the project, which has Navy SEALS investigating a mysterious submarine drowning in the Persian Gulf, as well as battling forces in the underwater kingdom of Atlantis.

Parisot has accepted genre missions before, having directed the fanboy-friendly "Galaxy Quest." He had previously been set to direct the Ed Helms comedy "Central Intelligence," but it appears that film has been pushed back, opening the door for him to direct "SEAL."

I’ve always seen Parisot as a studio hack for hire, so his interest in "SEAL" does nothing to put the project on my sonar.

Bonus 6. M. Night Shyamalan (right) – It wouldn’t be an average work day without a "Twilight" rumor, so blame MTV for throwing M. Night Shyamalan’s name into the mix on the basis that he was a fan of the original film directed by Catherine Hardwicke, and he cast "Twilight" star Jackson Rathbone in his upcoming fantasy epic "The Last Airbender."

It’s a tenuous connection at best, and while Shyamalan is certainly the "auteur" filmmaker who makes the most sense to direct "Breaking Dawn" (Have you seen those other names?), I’d much prefer him directing original stories, even if they turn out like "The Lady in the Water" and "The Happening."

Shyamalan may be on a losing streak of late, but after reading Michael Bamberger’s book "The Man Who Heard Voices," I firmly believe that the man is an actual cinematic genius. I pray "The Last Airbender" is successful so Shyamalan can get back to working on the "Unbreakable" sequel he’s been promising for years.