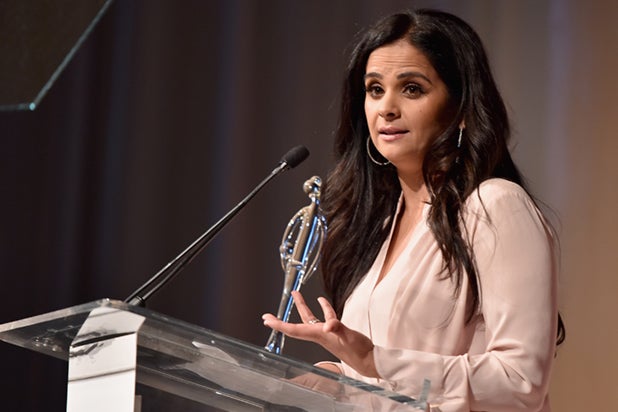 Bela Bajaria exiting her post as president of Universal Television, TheWrap has learned.

“I want to thank Bela personally for building a strong team and working so effectively to establish Universal Television as a competitive company that produces high quality scripted series for broadcast networks as well as cable and streaming services,” NBC Entertainment Chairman Robert Greenblatt said in a statement.

“We all wish her the very best as she takes on the next phase of her career,” he continued.

Bajaria joined the studio as executive vice president in 2011, when she was hired from CBS TV Studios. She was promoted to president last June.

The studio’s portfolio of current series developed under Bajaria include “The Mindy Project” and “The Path” on Hulu, “Master of None” and “Unbreakable Kimmy Schmidt” on Netflix, “Bates Motel” on A&E, as well as Dick Wolf‘s expanding “Chicago” franchise on NBC.