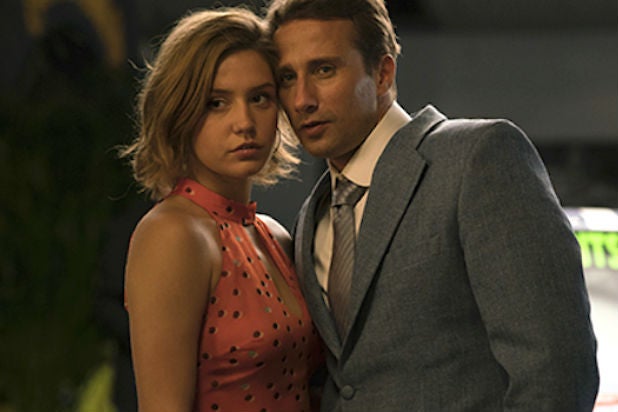 Belgium’s foreign language Oscar entry this year, “Racer and the Jailbird,” is a gorgeous and ambitious take on the romantic crime thriller.

“Moviemaking is a way to be a part of a tradition, but it’s the 21st century and I wanted to get rid of some gender cliches,” Roskam said of his leads during a Q&A following a screening of the film.

“Matthias, instead of a femme fatale, he was a homme fatale,” Roskam said of the character Gigi, an eager-to-please orphan dazzled by the confidence and stability of Exarchopoulos’ cool customer Bibi (the characters go by rhyming nicknames).

“And she’s cool. She’s under control, she’s the racer. But still being very respectful to the feminine side of things, I’m not writing a story for a guy and changing the name to a woman, which sometimes happens,” he said. 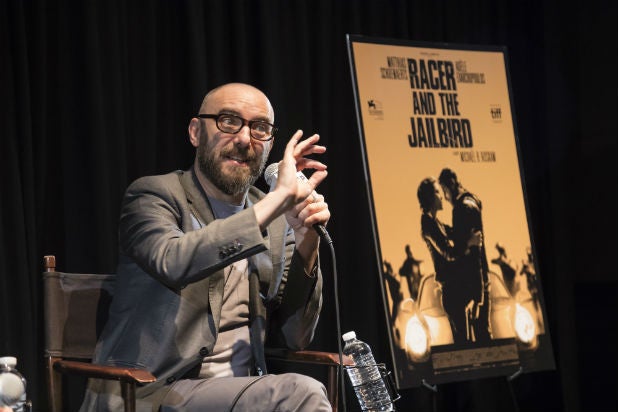 Roskam had a desire to “go back, in a contemporary way, to the old version of film noir as I see it. It’s like ‘Heat’ inside out,” citing the classic Michael Mann film. “I wanted to flip it … and come to a love relationship that would be under the pressure of crime.”

Through explosive chemistry and understated exchanges, Gigi and Bibi decide to get married and he’s put on notice to go legit though. His cover is the import and export of high-end cars, which no one around them is quite buying.

As in many films of the genre, Gigi must pull off one last job. But it’s not to secure a nest egg, it’s to please the band of misfit brothers he’s associated with his entire youth.

“My other films are about a band of bothers feeling. You’re in you 20s, 30s, and there’s this romantic feeling about you and your buddies. A Hemingway-esque perception of life. I needed to evolve it,” Roskam said of his script for the film.

“There were very notorious gangsters doing these violent hold up s all over the country. They were kind of rock stars … their love stories were very much exposed. In that sense, this movie is my phantasma of absolute love and death,” he said.

Neon has picked up “Racer and the Jailbird” for U.S. distribution.