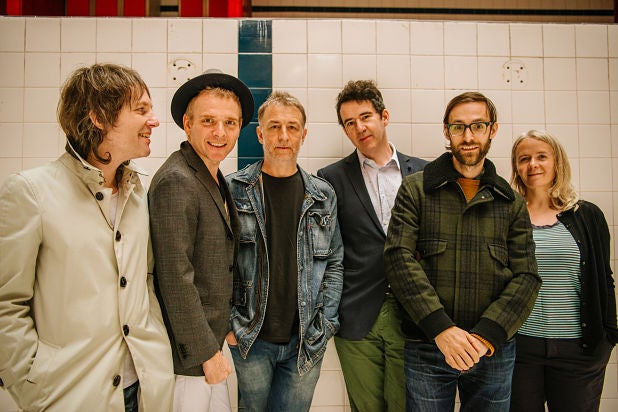 Composing an original soundtrack is far different than writing an album of original songs. Now that that is out of the way, culling and piecing together tunes is as much of art as it is a science. It also explains why Belle & Sebastian frontman Stuart Murdoch was willing to go way back into his personal catalog to unearth gems that predated the Scottish band’s existence.

In this case, that means the 1993 deep cut “Safety Valve,” a song that Murdoch re-recorded specifically for the “Days of the Bagnold Summer” soundtrack. It’s a song he stumbled upon while culling through a batch of old material and reading the comic novel that inspired the film.

“It’s ancient! It’s probably the oldest song I’ve ever recorded with Belle & Sebastian,” Murdoch said. “It predates the group by a couple of years, but I was just going through this period of dusting off a few old ones. It cost us nothing. We just went into the studio and we jammed out these old songs. Then we brought it to Simon (director Simon Bird) and I had a feeling he’d like the feel of the early band anyway.

Over the past couple of years, Belle & Sebastian have remained busy. The group has released a trio of EPs, and have launched and curate their own four-day music festival at sea — The Boaty Weekender — which is where Murdoch is returning from when we caught up with him.

“Days of The Bagnold Summer” isn’t Belle & Sebastian’s first foray into the world of soundtracks. They released their first soundtrack in 2001, but this one was a bit more straightforward than that.

“There’s a difference between scoring and an LP and this film plays to our strengths,” Murdoch says. “The process was that I looked at the comic novel (also called “Days of the Bagnold Summer”) and I just so happened to be listening to some really old tapes of mine. It just felt that the atmosphere of the story and old tapes went together. So I thought of most of my ideas by the weekend (after reading the novel), and they were mostly little songs. Then when you have the songs in place, then you can devise any scoring and it’s easy to take the themes and expand on them.”

Also Read: 'A Star is Born' to Return to Theaters With New Music and Extended Songs (Video)

The band wrote all but two new songs for the soundtrack, which in itself makes this a nice appetizer for fans who want to hear new material that isn’t quite a new album. Although they have no plans to perform it live as a complete piece, writing a soundtrack came to them as easily as one would expect from the indie rock vets.

“A tune is a tune and a song is a song,” Murdoch said. “We have this general notion of anything goes. That’s not to say its haphazard, but its best to let the music flow out and decide afterward what you’re going to do with it.”

As for what’s next, the group is recharging after the Boaty Weekender (“We’ve been working toward that for a year”), but Murdoch said that he has “headspace to figure out what to do next.” Without giving too much away, he said that the label is ready for a “proper” new Belle & Sebastian LP, even though he’s interested in doing another original drama piece — whether that be a play or movie.

“We’ve been avoiding recording a proper LP and haven’t done one a few years and happily recording other music,” he said. “We’ll probably get back into the studio with a producer next year and do something there.”