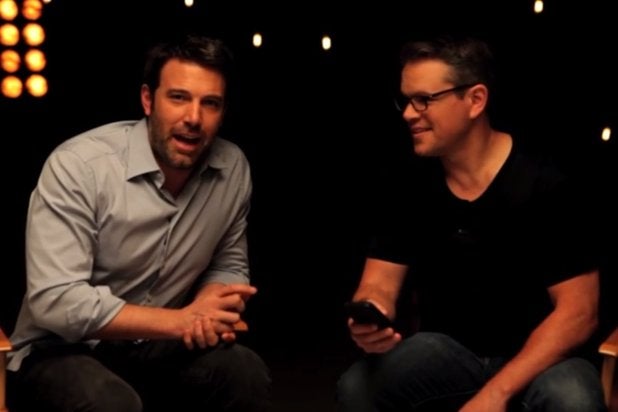 “Project Greenlight” is coming back to HBO, and it’s now accepting submissions. Matt Damon and Ben Affleck return with a new season of the reality series looking for a first-time director.

It’s been nearly ten years since the last season of “Project Greenlight.” It aired two seasons on HBO in 2001 and 2003 before moving to Bravo for its then-final season in 2005. Season 4 promises to follow the same basic format as the previous runs.

Filmmakers can submit a three-minute short film at the official ProjectGreenlight website through August 8, 2014, for their chance to be on the show’s upcoming fourth season.

Once a winner is selected from the submissions, a camera crew will follow the first-time director through the entire film process, from pre-production to casting, principal photography and the final edits during post-production.

To aid them, they’ll have what’s being called a “Hollywood-vetted” script, and an experienced cast and crew, along with industry veterans on hand to guide them. But they’ll face the same rigors of professional directors, with studios and producers barking at them, while chasing a rigorous schedule and trying to balance a tight budget.

The wait is OVER! @HBO‘s #ProjectGreenlight is now accepting short film submissions! http://t.co/5ChTUpVef0