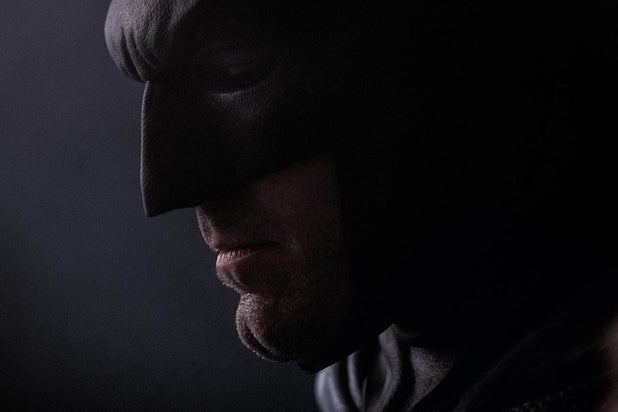 Batman (Ben Affleck) is shown in great detail in a new official image from “Batman V Superman: Dawn of Justice,” which was unveiled at the San Diego Comic-Con on Thursday.

Eagle-eyed fans spotted the new photo, showing Batman close-up and in profile, on a collage wall celebrating the 75th anniversary of Batman at the convention, and it was uploaded to the web soon after.

Though Warner Bros. hasn’t officially announced anything related to Zack Snyder‘s “Dawn of Justice,” new details may be unveiled at its panel on Saturday. The new photo and the reveal of his batsuit on the convention floor, along with the significance of the anniversary, would seem to suggest that more surprises may be in store.