Fans who showed up for Preview Night at San Diego Comic-Con got the chance to see the cape and cowl that Ben Affleck will wear as Batman in the upcoming film “Batman v Superman: Dawn of Justice.” DC Entertainment had the suit displayed on the floor, allowing fans to get up close and personal with the movie costume.

While the body of the suit was missing, fans were still able to see how the face of the cowl was structured, which goes a long way to show how the character will look on the big screen. After all, Batman has had more on-screen costume interpretations than just about any other superhero character, so fans are always eager to see how good the latest incarnation will look.

Some costumes have been great, and some have been disastrous — bat-nipples anyone? This one keeps the ears small, and the color palette black. As a vigilante working at night and utilizing the power of intimidation over his foes, the blues and brighter colors seen in some costumes never made much sense.

The Batsuit is part of a mini-exhibition celebrating the 75th anniversary of Batman’s debut in Detective Comics #27. Joining the new Affleck costume are those worn by Michael Keaton, Val Kilmer and  from the Tim Burton and Joel Schumacher series of films from 1989-1997.

“Batman v Superman: Dawn of Justice” is directed by Zack Snyder from a screenplay by Chris Terrio, and also stars Henry Cavill, Gal Godot, , , Jeremy Irons and Diane Lane. A Dune Entertainment and DC Entertainment production, Warner Bros. Pictures will release the film to theaters on May 6, 2016. 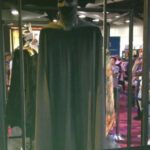 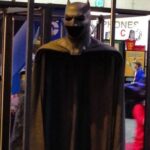 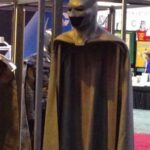 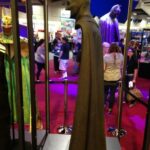 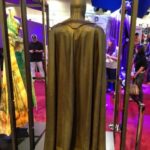 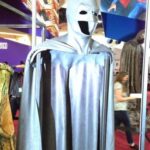