Ben Affleck set the record straight regarding his feelings about his ex-wife Jennifer Garner during Wednesday’s “Jimmy Kimmel Live!,” explaining how his recent lengthy interview with Howard Stern was covered inaccurately by the media to make it seem as if he “blamed” his former partner for his alcoholism and had been trapped in his marriage.

“It was this really cool, long-form, in-depth two-hour interview,” Affleck told Kimmel, referring to his chat with Stern promoting his upcoming film “The Tender Bar.” “And because the movie is about family and all this stuff that is meaningful to me, we talked a lot about my family and, you know, divorce and alcoholism and struggling with real things and how you have to be accountable and loving and how I work with my ex-wife and how I’m so proud of the way that we work together for our kids, the best that we can for them. Honestly, the irony is, I was really happy with it.”

This is the Garner-related portion from the interview that got the headline treatment from several media outlets and spread like wildfire on social media: “Part of why I started drinking was because I was trapped. I was like, ‘I can’t leave because of my kids, but I’m not happy, what do I do?’ And what I did was like drink a bottle of scotch and fall asleep on the couch, which turned out not to be the solution.” 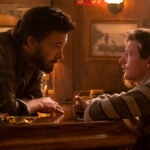 “I ended the interview… I thought, ‘Wow, I should do more honest, exploratory, self-evaluating things.’ And then I started seeing all of this stuff come up on Twitter and I was like, ‘What is this?'” Affleck told Kimmel. “And I sort of researched through it and saw that one of these websites had done the clickbait thing of like, ‘You won’t believe what he said! Click on this! Come to our site!’ And I looked on it, and they had literally taken the conversation that I had had for two hours and made it seem as if I was saying the exact opposite of what I said. I had gone on and said like, how much we respect each other and cared about each other and cared about our kids and put them first and went through our stuff.”

“And they said that I had blamed my ex-wife for my alcoholism and that I was trapped in this marriage,” he added. “Just made me out to be the worst, most insensitive, stupid, awful guy. Look, I know people do this, I get it. Me, I’m happy to be Sad Batman, I’m happy to be Dunkin’ Donuts and the meme. I understand you have to get married to Jimmy Kimmel sometimes. Really, like, if it’s about my kids I gotta just draw a line and be really clear: That’s not true. I don’t believe that. It’s the exact opposite of who I am, what I believe. And I would never want my kids to think I would ever say a bad word about their mom because I never have and I never would… And it hurts my feelings, man.”

The Academy Award winner said he thinks that the media’s habit of condensing celebrity interviews into “clickbait” headlines has gotten out of hands in recent years. 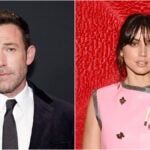 “It’s like, you can have the most pleasant, honest, real conversation and be kind of vulnerable, and no matter what you say, someone can just say, ‘Here are the three words, put it up there,'” he said. “And I know we’ve all read the thing, ‘You won’t believe what they say!’ and you go on it, and inevitably, you’re disappointed, because you’re like, ‘I thought I was going to read something horrible and scandalous and negative, and this is just boring.’ And even being the subject of that is just sort of the cost of doing business a little bit as an actor, but not with my kids, don’t do that, it’s wrong. It hurts me, it hurts them, stop that.”

Watch Affleck’s interview with Kimmel via the video above.