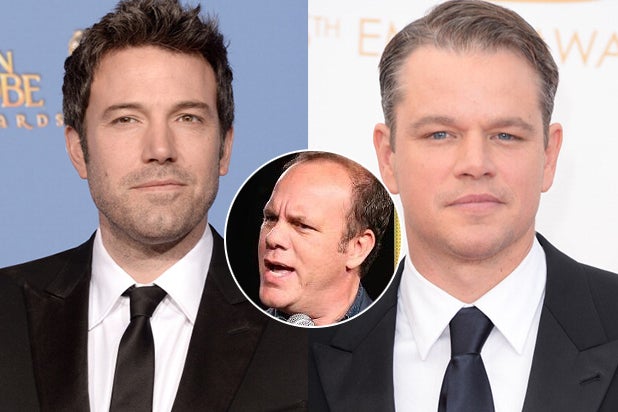 CBS has given a pilot order to the comedy “More Time With Family,” which counts Ben Affleck and Matt Damon among its executive producers.

The pilot will star Tom Papa, who starred opposite Damon in the 2009 film “The Informant,” as a husband and father making a career change to spend more time with his family.

Twentieth Century Fox Television is serving as the studio for the comedy.

“More Time With Family” joins other comedy pilots ordered by the network such as the therapy romp “Good Session,” from Matt Miller (“Chuck”) and John Hamburg (“Meet the Parents”), and “Save the Date,” from “That ’70s Show” duo Jackie and Jeff Filgo.