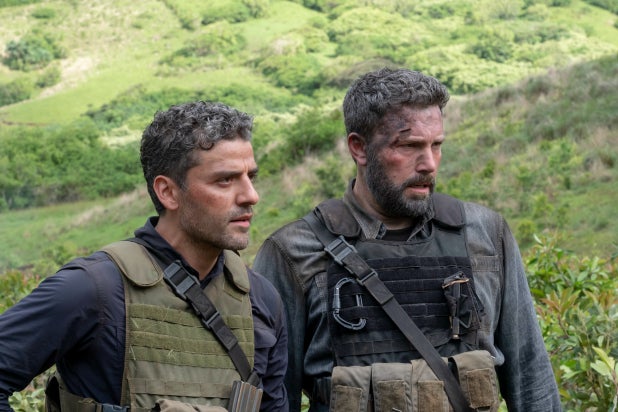 Netflix revealed a few choice viewership details on Tuesday, with the streaming giant reporting that more than 52 million accounts watched the Ben Affleck action thriller “Triple Frontier” in the first four weeks after its release on the platform.

As TheWrap’s Trey Williams pointed out on Twitter, 52 million “Triple Frontier” viewers would’ve equaled more than $470 million at the box office, based on 2018 average ticket price.

Netflix also highlighted a few other recent releases while reporting its Q1 financials on Tuesday afternoon. The first episode of “Umbrella Academy,” based on the comic series from My Chemical Romance frontman Gerard Way, pulled in 45 million viewers in its first month on the service.

And “Fyre: The Greatest Party That Never Happened,” documenting the disastrous 2017 Fyre Festival, attracted 20 million viewers in its first month. “The Highwaymen,” starring Woody Harrelson and Kevin Costner as two former Texas Rangers working to catch Bonnie and Clyde, has been viewed by more than 40 million viewers in the four weeks following its March release, Netflix said.

To keep the hits coming, Netflix is continuing to spend big on content, with about $15 billion earmarked for 2019. Netflix finished Q1 with $10.3 billion in long-term debt and $3.1 billion in cash.

Netflix added nearly 10 million new subscribers during the quarter, putting the company on the verge of passing the 150 million total subscriber threshold.