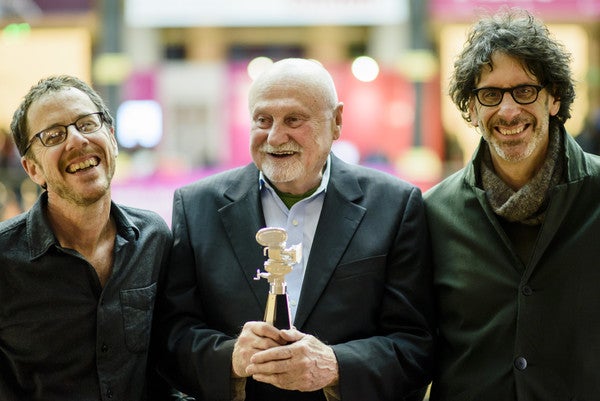 Ben Barenholtz, the producer-distributor who helped launch the careers of David Lynch and the Coen Brothers, died on Wednesday in Prague at the age of 83.

Barenholtz is credited with pioneering the concept of the “midnight movie” by screening subversive, future cult classics like John Waters’ “Pink Flamingos” and Alejandro Jodorowsky’s “El Topo,” the latter of which Barenholtz decided to screen at the (now defunct) Elgin Theater in New York City after attending the private screening of it at the Museum of Modern Art. That screening is seen as essential by film historians to helping the film find a wider audience and gain a legacy as one of Jodorowsky’s most famous works.

During World War II, Barenholtz escaped the Nazi concentration camps at the age of eight by living in the woods of Poland with 11 other escapees, losing his father during the war. Barenholtz kept his past a secret until 2010 when he revealed it in a series of blog posts.

Also Read: Billy Drago, Star of 'The Untouchables,' Dies at 73

As an adult, Barenholtz got his start in the film industry as a movie theater owner, opening The Elgin in 1968. The theater became a hotbed for New York’s cinema scene, screening classic films from Buster Keaton, experimental work from Andy Warhol and films from New Hollywood filmmakers like Martin Scorsese.

Barenholtz’s impact on film expanded when he entered into film distribution, starting labels like Libra Films and Circle Films. Through those companies, Barenholtz released the debut films from David Lynch and Joel & Ethan Coen, “Eraserhead” and “Blood Simple,” respectively. He would also work with the Coens as a producer on 1987’s “Raising Arizona.”

At a 2010 tribute ceremony, Lynch praised Barenholtz in a bizarre video, crediting him with helping start his career.

“Ben saved my life in films,” Lynch said. “To oversee getting a good print, Ben gave me a room in his house. He gave me money to get food. He said I only ate McDonald’s and only drank coffee. Thank you, Ben. You deserve awards.”