Ben Best, who co-created HBO’s “Eastbound & Down” with Danny McBride and also played the part of Clegg on the comedy, died Sunday. He was 46 at the time of his passing.

“It’s with heavy hearts we say goodbye to our good buddy Ben Best,” read a statement in an Instagram post shared by “Eastbound & Down” production company Rough House Pictures, which is run by Best’s collaborators McBride, David Gordon Green and Jody Hill, on Sunday. “We lost him the day before he would have turned 47. A hell of a friend and a creative force. He inspired us and made us laugh. Charming and hilarious. Gone way too soon. We love and miss you.”

The cause of Best’s death was not provided by Rough House Pictures.

Known for co-creating the HBO comedy series “Eastbound & Down” with McBride, Best’s other notable writing credits include the 2011 film “Your Highness,” which he wrote along with McBride, and 2006’s “The Foot Fist Way,” which he penned with McBride and Hill, whom he met while attending UNC School of the Arts in North Carolina. 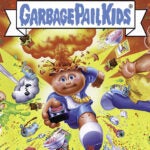 On the acting side, Best is known for playing Clegg on “Eastbound & Down,” and Chuck The Truck in “The Foot Fist Way,” as well as for his parts in the 2009 Will Ferrell-led “Land of the Lost” remake, “Observe and Report,” “What Happens in Vegas,” “Superbad” and “Eddie Noble and the Heroes.”

Tributes to Best quickly popped up on social media following the news of his passing, including Seth Rogen, who co-wrote “Superbad” with Evan Goldberg.

“RIP Ben Best. I remember seeing him as Chuck The Truck in Foot Fist Way and thinking ‘I have to work with this man.’ I’m honored I got work with him, and even more so and that I got to hang out with him and just be in his company,” Rogen tweeted on Sunday after hearing of Best’s death. “Watch Foot Fist Way today and bask in his genius.”