Apple TV+ is diving into the world of fashion with its latest project. The streamer announced a series order on Thursday for “The New Look.”

Described as an “epic thriller” set against the Nazi occupation of Paris during World War II, the series will follow the end of Coco Chanel’s reign as the world’s most famous designer and the rise of Christian Dior, who redefined the industry with his “ground-breaking, iconic imprint of beauty and influence.” 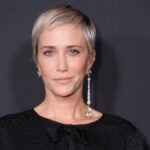 The series will be filmed in Paris and is inspired by true events.

The official description reads: “‘The New Look’ is a live-action, World War II-era thriller that centers on the pivotal moment in the Twentieth Century when Paris led the world back to life through its fashion icons: Christian Dior, whose creations dominated world fashion in the decade following World War II. The interwoven saga will include the surprising stories of Dior’s contemporaries and rivals: the grand dame Coco Chanel, Balmain, Balenciaga, Givenchy, Pierre Cardin, Yves Saint Laurent and more.”

“The New Look” is produced by Apple Studios. The series marks the first production from the newly formed partnership between Lorenzo di Bonaventura and Todd A. Kessler, who is writing, executive producing, and directing. Mark A. Baker will also produce. A premiere date will be announced later.