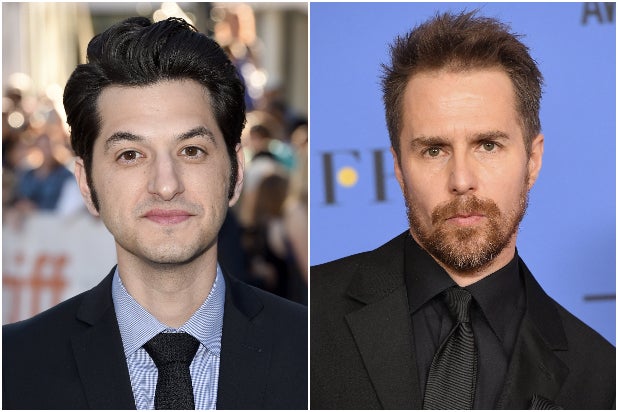 Searchlight Pictures has acquired an untitled comedy pitch from “Parks and Recreation” and “Sonic the Hedgehog” star Ben Schwartz, and both he and Sam Rockwell are set to star in the film, an individual with knowledge of the project told TheWrap.

Schwartz will write the screenplay for the film based on his pitch. Both he and Rockwell will star and executive produce in the untitled comedy.

Logline details are being kept under wraps.

Also Read: Ben Schwartz and Thomas Middleditch On the Secret to Mastering Improv: 'You Just Gotta Have It, Kid' (Video)

Schwartz most recently wrote, starred in and produced a Netflix improv comedy special with “Silicon Valley” star Thomas Middleditch. He also reunited with the cast of NBC’s “Parks and Recreation” on Thursday for a remote special episode of the show. He provided the voice for the speedy blue hedgehog in Paramount’s “Sonic” video game adaptation, and he’ll also appear in the “Space Force” series alongside Steve Carell.

Rockwell most recently starred in Searchlight Pictures’ Best Picture nominee “Jojo Rabbit” from director Taika Waititi and in Clint Eastwood’s “Richard Jewell.” He lent a voice to Universal’s “Trolls World Tour” and will also appear as a voice actor in Disney’s “The One And Only Ivan.”

The Hollywood Reporter first reported the news of the project.

For the record: A previous version of this article stated that this project would be Schwartz’s debut feature screenplay.