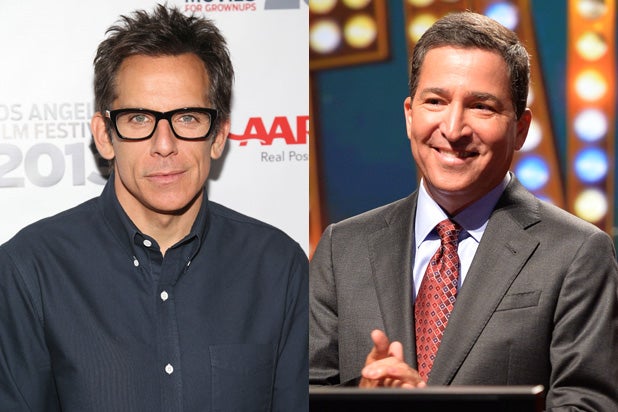 Legendary Televison has teamed up with Ben Stiller and Stuart Cornfeld’s Red Hour Films to develop and co-produce content for both TV and digital platforms.

An important move for recently launched Legendary TV, the deal was announced by its Television and Digital president, Bruce Rosenblum, and Red Hour Television president, Debbie Liebling on Friday.

“All of us at Legendary are thrilled to be working with Ben, Stuart and their Red Hour team,” Rosenblum said. “Their comedic programming is broadly appealing, yet fulfills the edginess and irreverence that is so on brand for Legendary. Red Hour is an ideal addition to our multi-platform efforts, as they have successfully balanced their traditional television programming with a strong track record in creating and producing digital content.”

A result of the efforts of Legendary Digital Media president, Tom Lesinski, and Red Hour’s Director of Digital, Mike Rosenstein, the deal is a boon for Legendary’s digital offerings as Red Hour has had some success in the platform, including the Emmy-nominated “Bachelor” parody, “Burning Love.”

“We are very excited to partner with Legendary, though I am a little concerned that Bruce called me ‘Mr. Affleck’ when discussing the deal on the phone,” co-founder Stiller joked. “Hopefully, he won’t realize he got the other Ben til after the papers are signed.”

In the year since it was launched, Red Hour has placed “Birthday Boys” on IFC and “The Meltdown” on Comedy Central, among others in consideration at several networks.

For digital, Rosenstein will run Red Hour’s content development for Legendary. Formerly, he worked with Lesinski on “Burning Love” and the upcoming animated “Zoolander” digital series. Under the pact, the companies will produce for a variety of digital formats and platforms.

The digital part of the deal will kick in once Red Hour’s pact with Paramount expires.

This deal is pivotal for Legendary, which is best known for its work co-financing films like “Man of Steel” and “The Dark Knight,” as it expands its television and new media footprint.