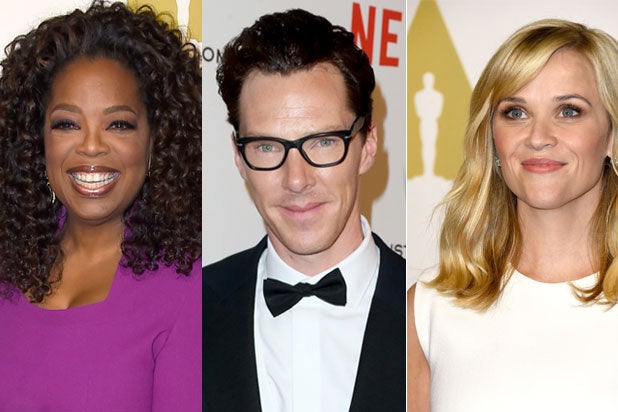 The Academy Awards has added another round of star presenters, and it’s easy to see why this year’s crop keeps saying yes: They’re all nominees.

Cumberbatch is nominated for Best Actor for his performance in “The Imitation Game.” Both Witherspoon and Cotillard appear in the Best Actress category for respective turns in “Wild” and “Two Days, One Night.”

Winfrey lands in the Best Picture category as a producer on “Selma,” and Streep has her record 19th nomination in the Best Supporting actress category for “Into The Woods.”