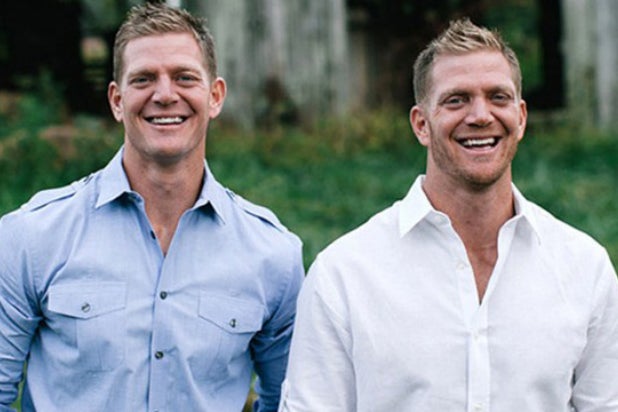 David and Jason Benham, the twin brothers whose preachings against homosexuality may have led to the cancelation of their upcoming HGTV show, “Flip It Forward,” say they believe the network was pushed into pulling the plug by proponents of a pro-gay agenda.

“The real issue at hand here is there is an agenda that seeks to silence men and women of faith who, if we want to voice our beliefs or voice our views, then we shouldn’t be afraid of losing our livelihood,” David said in an interview on CNN’s “Erin Burnett OutFront”

“We actually felt really bad for HG that they were pushed into this position,” he said.

The Benhams defended their religious views in the first interview since HGTV announced on Wednesday it would not move forward with their show, following backlash after comments from David in 2012 came to light opposing homosexuality, abortion, and adultery.

“One of the things that’s important is that never have I ever spoken about homosexuals as individuals and gone against them, what I speak about is an agenda,” David Benham said in the interview. “And that’s really what the point of this is, that there is an agenda that is seeking to silence the voices of men and women of faith, and that’s what of all this is about.”

The twins said that HGTV discovered those remarks and the brothers’ past religious work and beliefs during their vetting process 18 months ago. But after the network met with the Benhams, they still decided to move forward with the project.

“HG had an opportunity to vet us and when they, a year and a half ago, saw some of the footage where my brother was saying the things he was saying, they spoke with us they got to know us a little better, and then they made a judgment call recognizing that David and I have no hate in our heart for anyone,” Jason Benham said.

The brothers took the opportunity to reiterate a sentiment in the statement they released earlier Thursday, that they did not hold hate for gays.

“I’m grateful for the opportunity to say directly to the camera that we love homosexuals,” he added. “We have absolutely nothing against the people … there’s a difference between the people and the agenda.”

The twins said they recognized HGTV was under pressure from fans and intense media scrutiny, and had to make a business decision to cancel the project.